A window to the world

In his My Weekend story, Raphaël Brunschwig reveals how Ticino became a formative cultural exchange platform and how big cats found a home in Locarno. 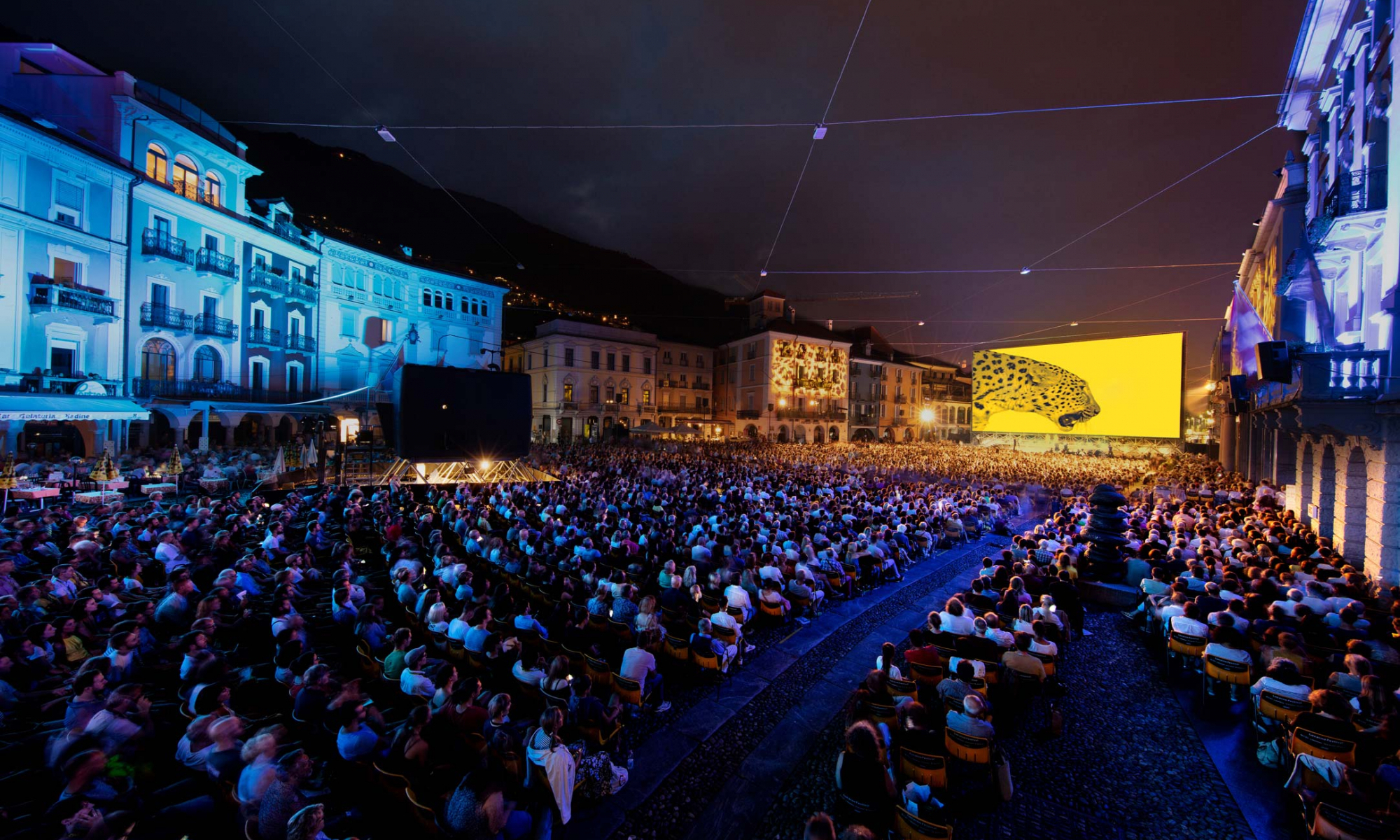 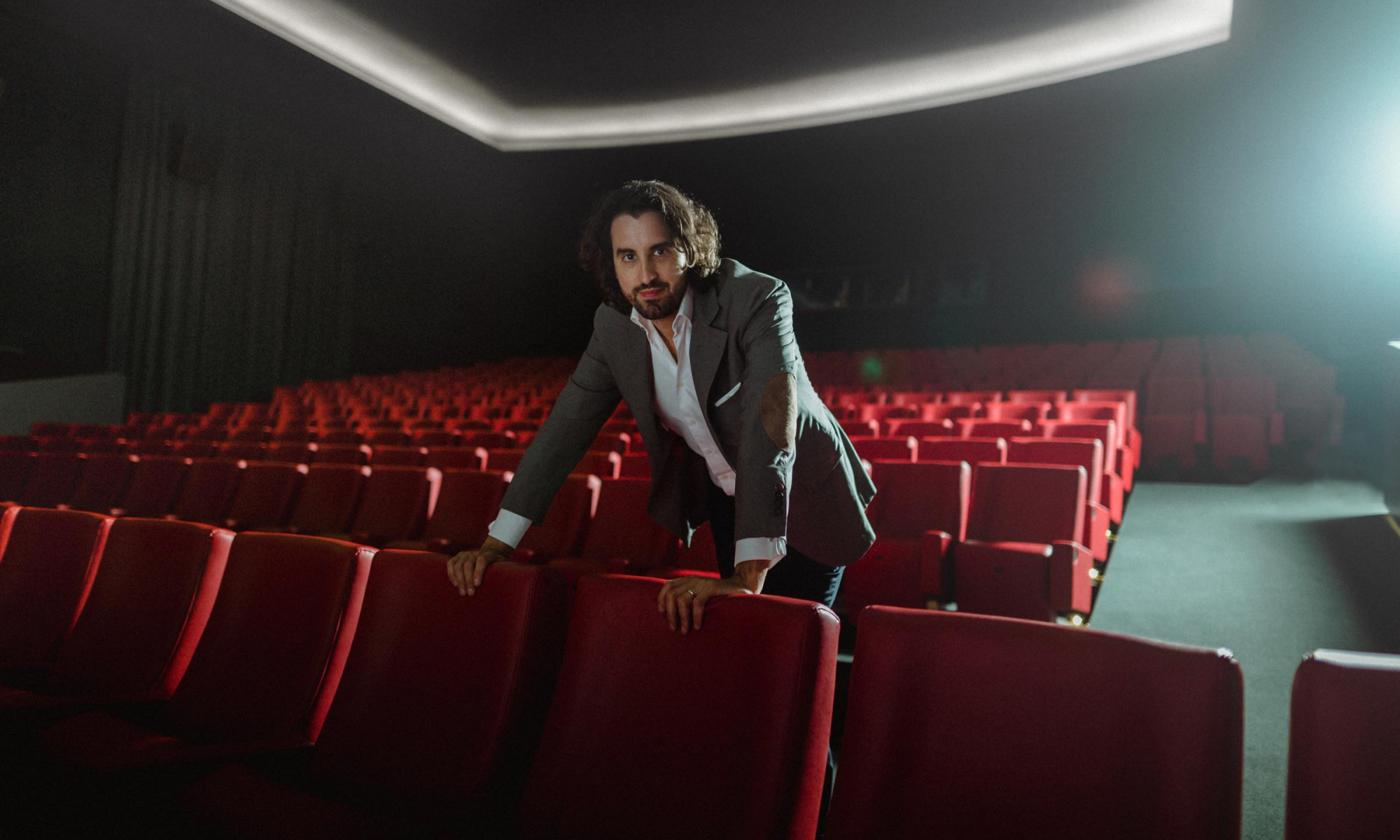 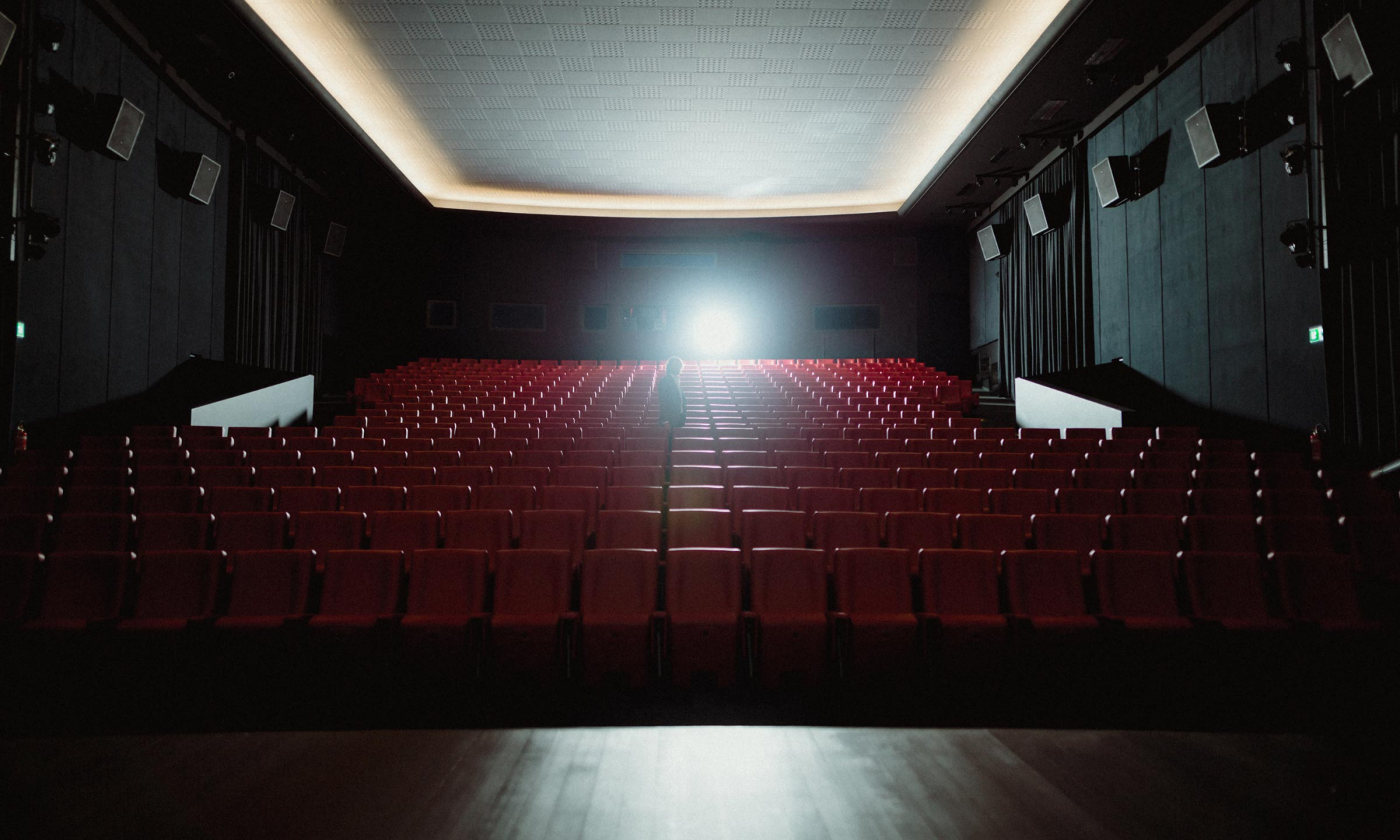 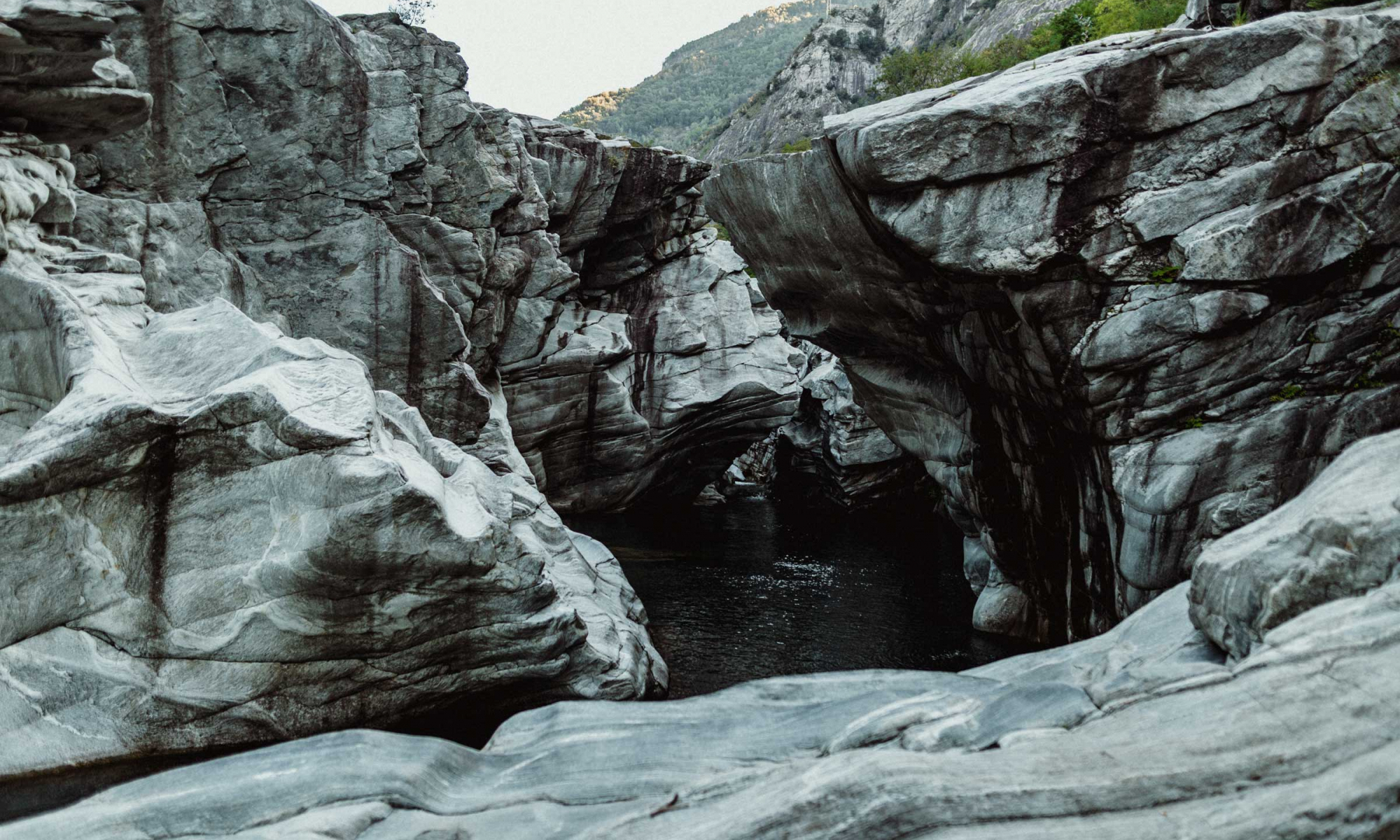 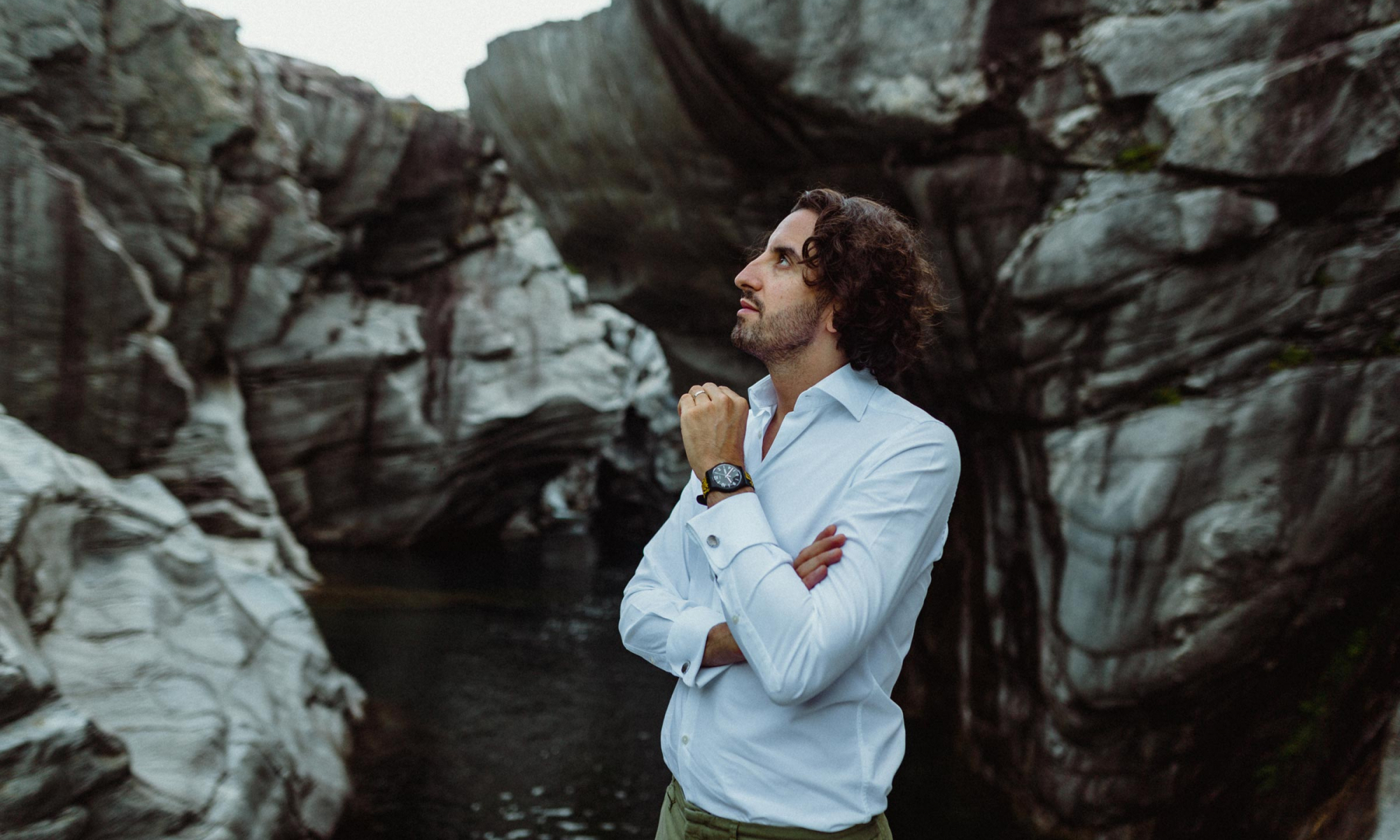 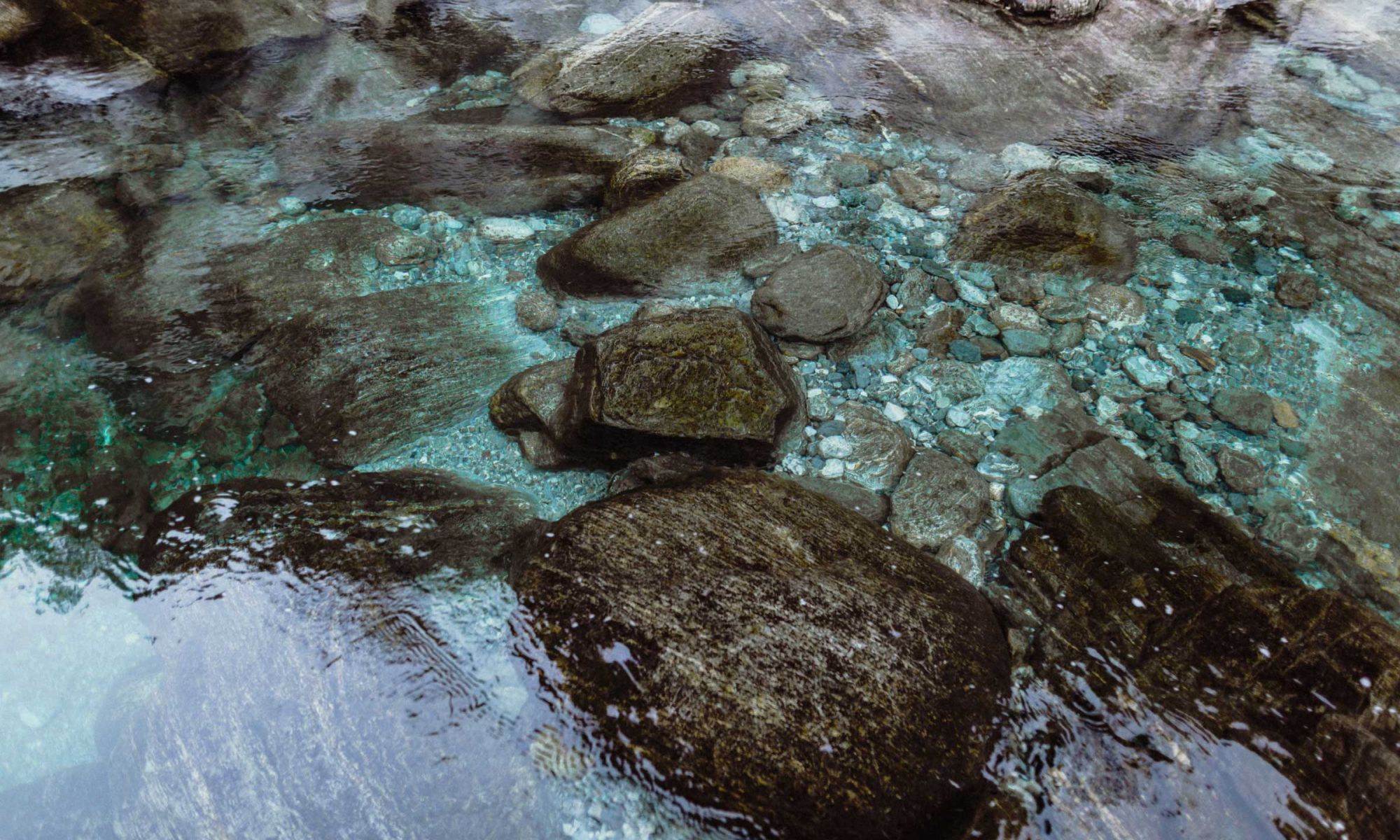 Every year since 1946, Locarno, a small city on Lake Maggiore, becomes a global capital of arthouse films and attracts an audience of more than 100.000 people. The international film programme of the Locarno Film Festival flickers across the cobblestones of the Piazza Grande for eleven days. It ranks among the most renowned film festivals in the world and sets the bar high. New achievements become a standard of quality and innovation is in demand. How one can surprise with new ideas, improve the festival and remain relevant in our fragmented society – Raphaël Brunschwig likes facing this challenge in collaboration with the president of the film festival, Marco Solari, and the artistic director, Lili Hinstin. The goal is clear: to repeatedly remake himself within the guardrails of tradition and to surprise the audience.  Always working on a project that has an important history and deep roots in the region and in the country as well as an influence in the world, Raphaël sees great potential for the future.

As the head of operations of the Locarno Film Festival, every summer Raphaël Brunschwig, 36, together with the president, Marco Solari, and the artistic director, Lili Hinstin, opens a window to the world with films that are in line with the zeitgeist. 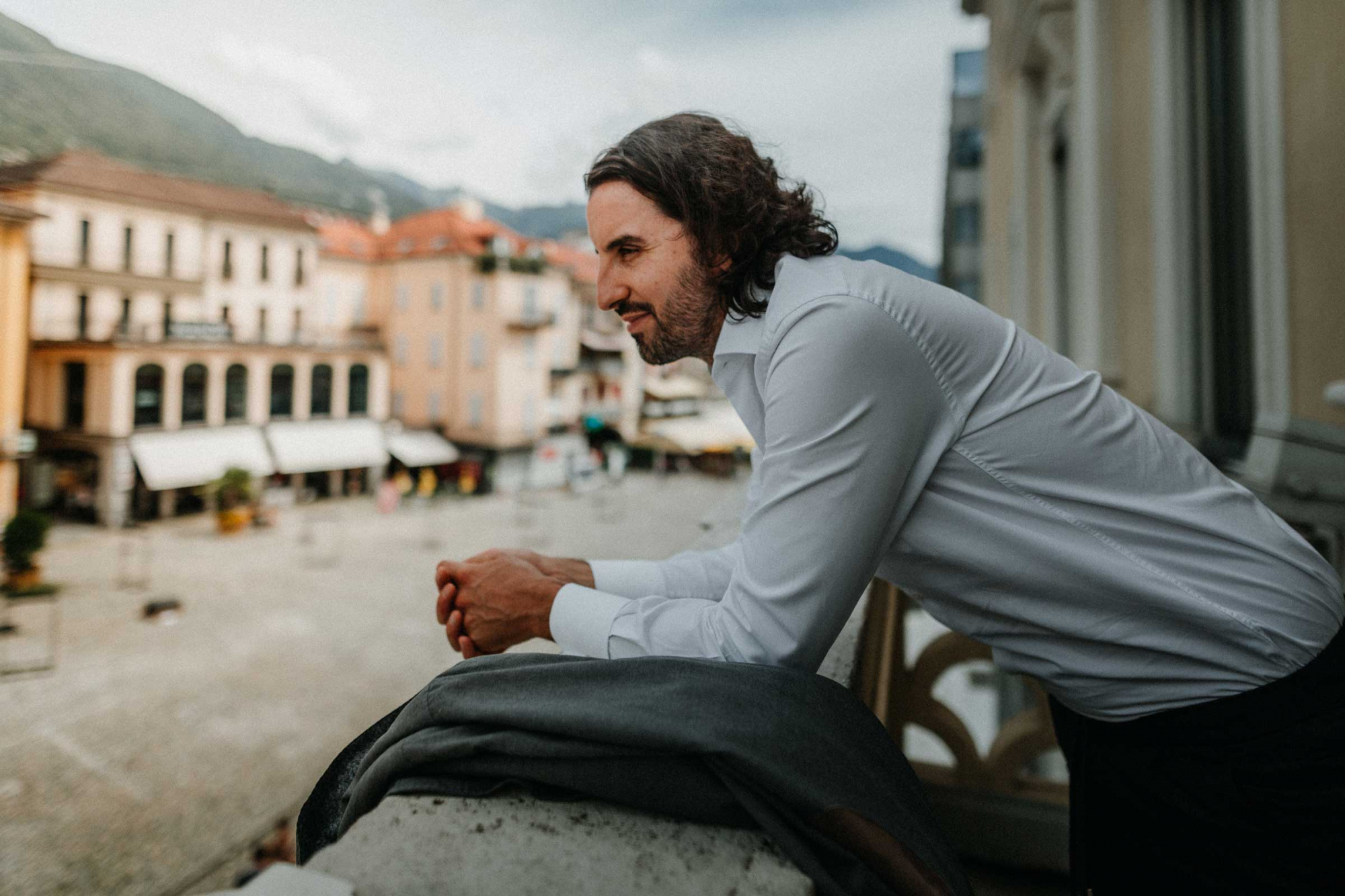 In the leopard’s footsteps

The colours yellow and black in the form of a leopard have become an integral part of the festival and arouse anticipation in our neck of the woods: The film festival in Locarno is about to begin. The leopard was not always the symbol of the festival. 50 years ago, the Golden Sail was still awarded in Locarno. The artist Remo Rossi was thereupon commissioned to create a new symbol. The lion on the coat of arms of Locarno was reinterpreted as a mythological Leopard because Venice already awarded the Golden Lion. And since then the striking spotted power animal has shaped the festival.

Although nowadays it seems natural that the festival takes place in the Piazza Grande, which today even graces our 20 franc banknote, in those days it was more of a cloak-and-dagger operation and was launched virtually without permission. Since one could no longer have screenings in the Grand Hotel and the cinemas were not suitable either, someone took the liberty of doing it in the Piazza Grande. And so the open-air feeling established itself as a formative characteristic feature of the festival, even though it arose by chance and necessity.

In essence an introverted person, in his position as head of operations of the festival Raphaël plays an extroverted role on a daily basis. He was recommended to his predecessor with the caveat "Gradually, he will be good for something". Raphaël has always been able to do one thing especially well: read people and situations, which is the most important quality that a sponsoring coordinator (his initial job) must possess. In a short amount of time Raphaël must decide which priority and sensitivity he should bring to bear in a given situation. Understanding the needs of the partner, knowing which values and issues the partner represents as an institution, finding parallels to the film festival and optimally representing them in the collaborative work – from the beginning, Raphaël had it in his blood. It was necessary to deepen and expand the long-standing partnership with Hertz, who as a proud partner supports the festival during the stressful summer months. The trust his bosses have in his abilities allowed him to reach his current position in just a few years.

As a memento and lucky charm, a triple power socket that was given to him by his predecessor decorates his office. This was once the reason for a short circuit on a pre-festival evening that caused a 45-minute power outage. Nearly the entire audience remained seated and patiently waited for the film to flicker across the screen. Thanks to this "lucky charm", the goodwill of the audience assisted his work.

Looking back, throughout the course of his career Raphaël has time and again been able to leave his comfort zone in a healthy manner and grow into his responsibility. Raphaël’s philosophy is to never deny himself. As an introverted person, having enough time for himself is especially important. Raphaël thus recharges his batteries in order to cope with all his responsibilities as a husband, a father and co-director of the festival and also with exhausting everyday matters.

The rituals that he practices nowadays as a matter of course are the result of an intensive trip. Raphaël gets up at 5 a.m. every day, writes down his dreams, writes in his diary and meditates. After an athletic activity, he eats breakfast with his wife and begins working in the office at 7.30. Does he also do all that during the intensive time of the festival? "I do better every year", says Raphaël with a laugh. The adrenaline always upsets his plans. During the festival he plunges into another world – with new priorities, rules and a race against time. 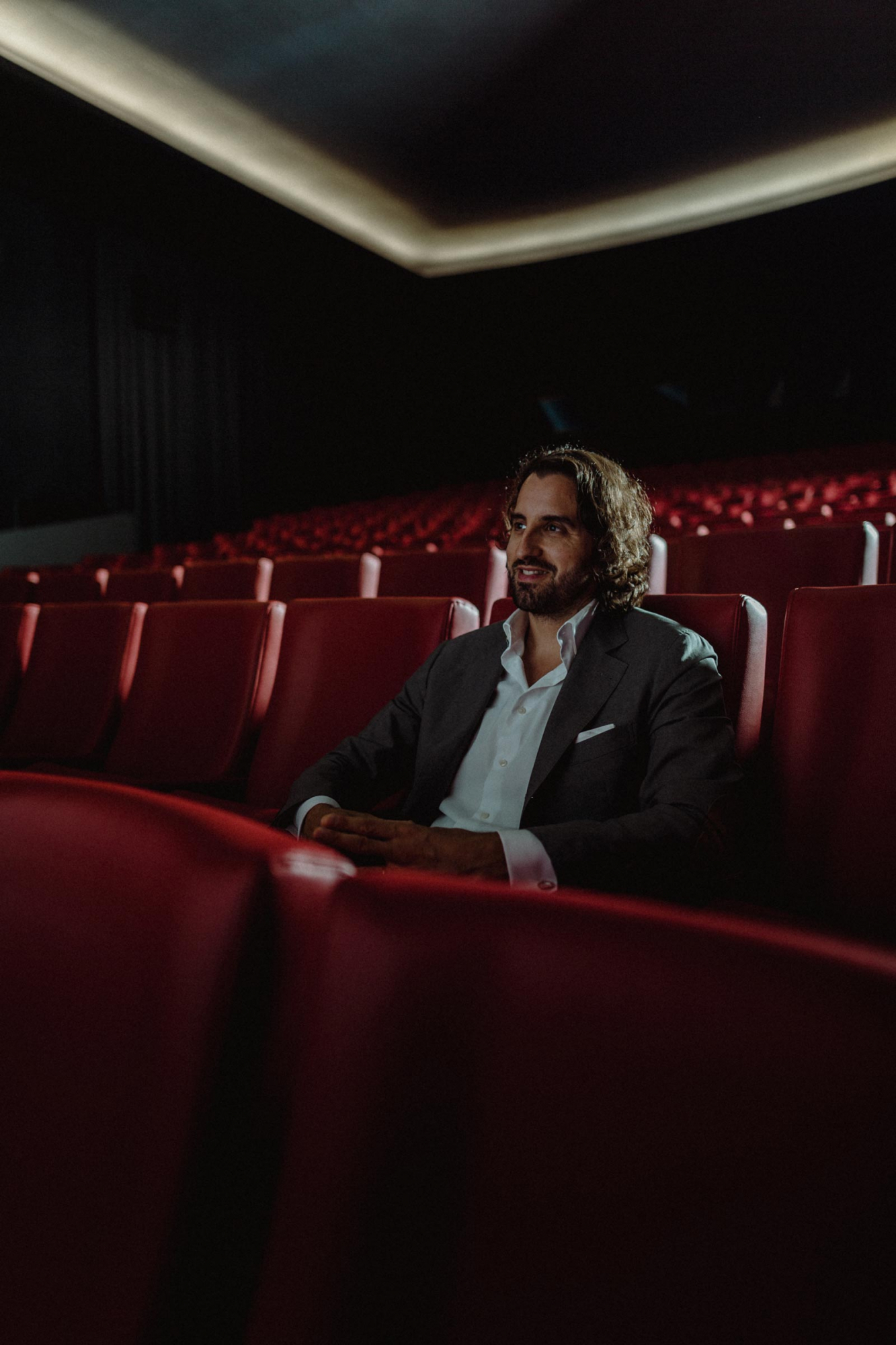 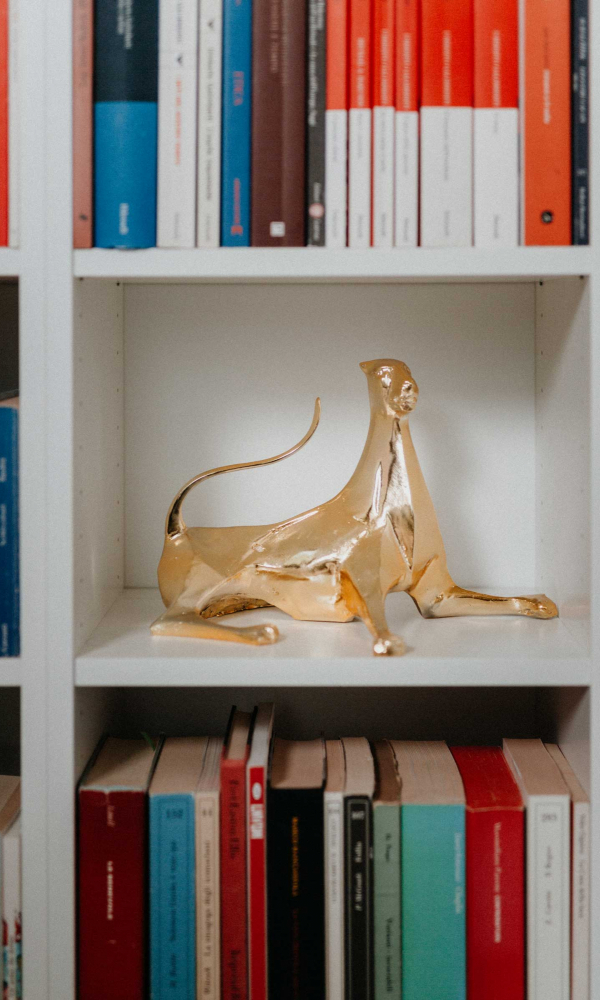 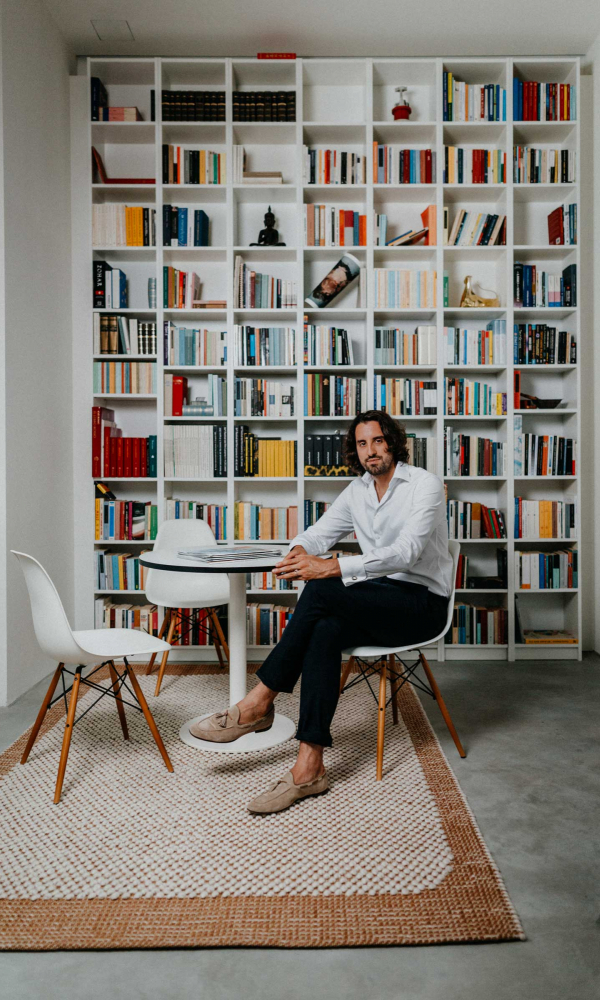 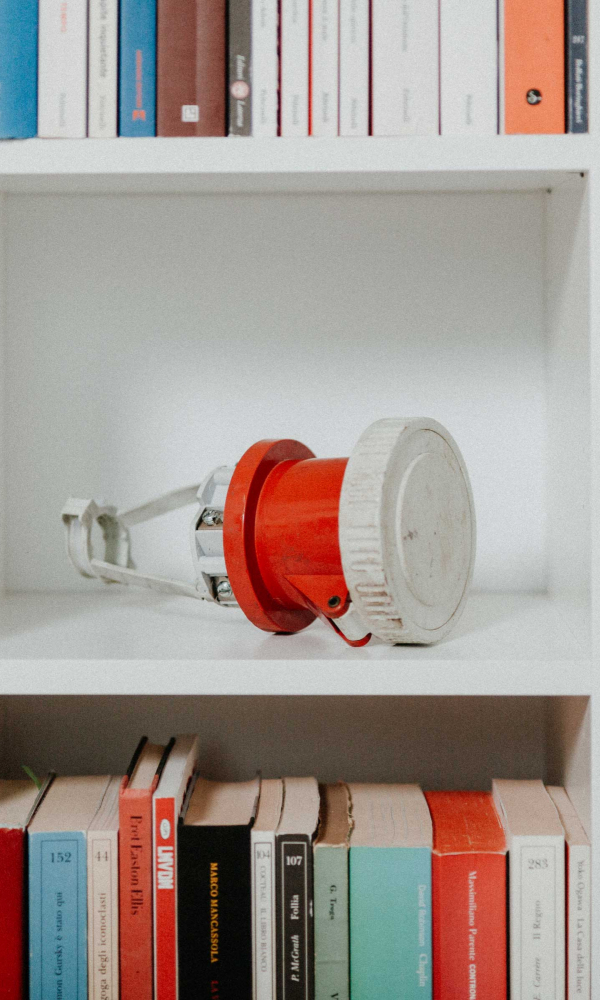 Curtain-up for small and big dramas

"A day feels like a week and a week like three years", says Raphaël about his sense of time during the eleven-day film festival. When he looks back on the festival in September, it is astonishing what was achieved in this short amount of time. In order to conceive the scope in figures: Raphaël gets over 250 calls and hundreds of e-mails every day and is responsible for nearly 1000 employees. As co-director of the festival, he always tries to resolve small and big dramas very pragmatically.

Organising a festival this big is almost like a drug. One almost loses oneself in this intensity. But according to Raphaël, there is definitely something positive about this: "One loses one’s limited I and works with others for something greater." That a "post-festival depression" follows after the event is quite understandable. Raphaël handles it by spending time with his family. A dip in the crystal-clear water of Lake Maggiore with its impressive rock formations washes away the weight of the past few months. 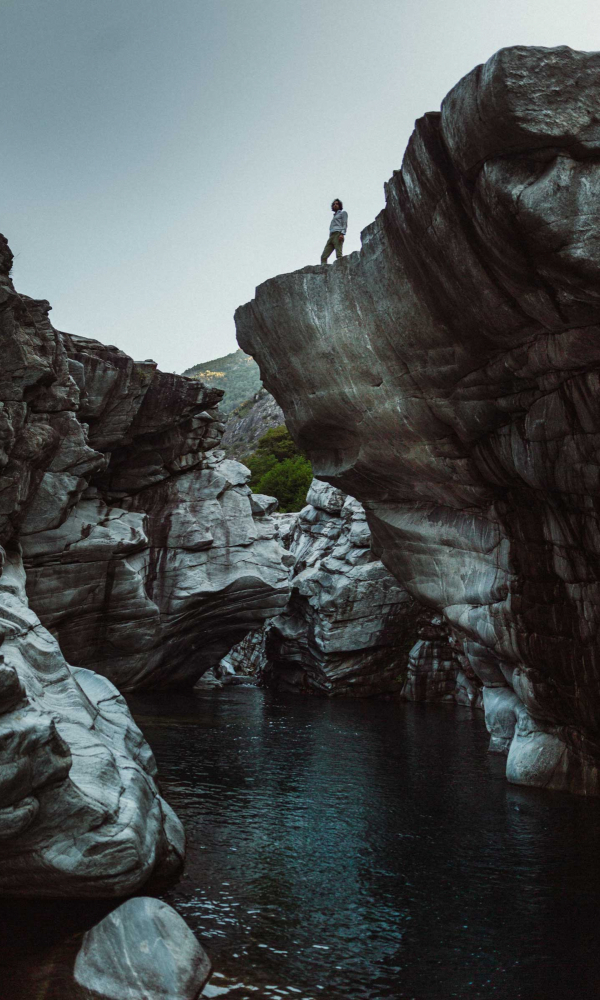 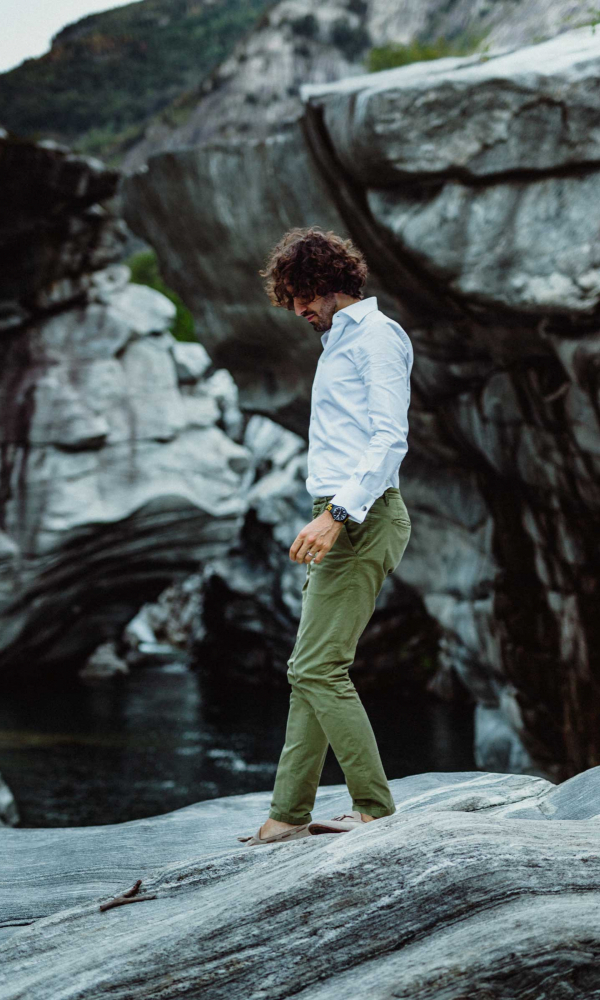 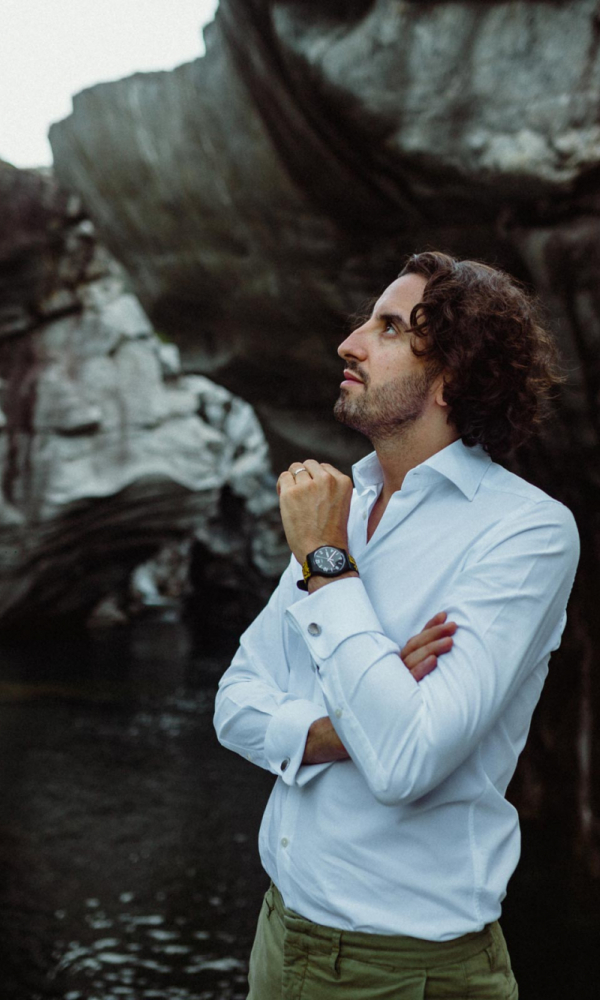 A place with special magic

Even before the establishment of the film festival, the area around Ascona was a meeting place for back-to-nature people, artists and writers as well as supporters of various alternative movements. Atop Monte Verità, above Ascona, is the origin of many important texts Raphaël read in his younger years that have shaped his career.

As a young adult Raphaël lived in his own universe. He even spent some time completely cut off from the outside world and he concerned himself with a lot of philosophical literature. The question of meaning drove him on: Raphaël wanted to write his own education novel and gather as many experimental experiences as possible. His serendipitous devotion to mediation put an end to this personal journey and is reflected in his reconciliation with the outside world.

Monte Verità has remained a power place for him over the years where he can deal with his inner world and relax in the garden. Here the circle closed for Raphaël: For him, the artistic freedom in this region was interrelated with the festival. It was no accident that right here a festival of international importance arose that is independent compared to other film festivals. With its open and honest manner, the Locarno Film Festival offers a programme that reflects our social action in a very special way to the audience. 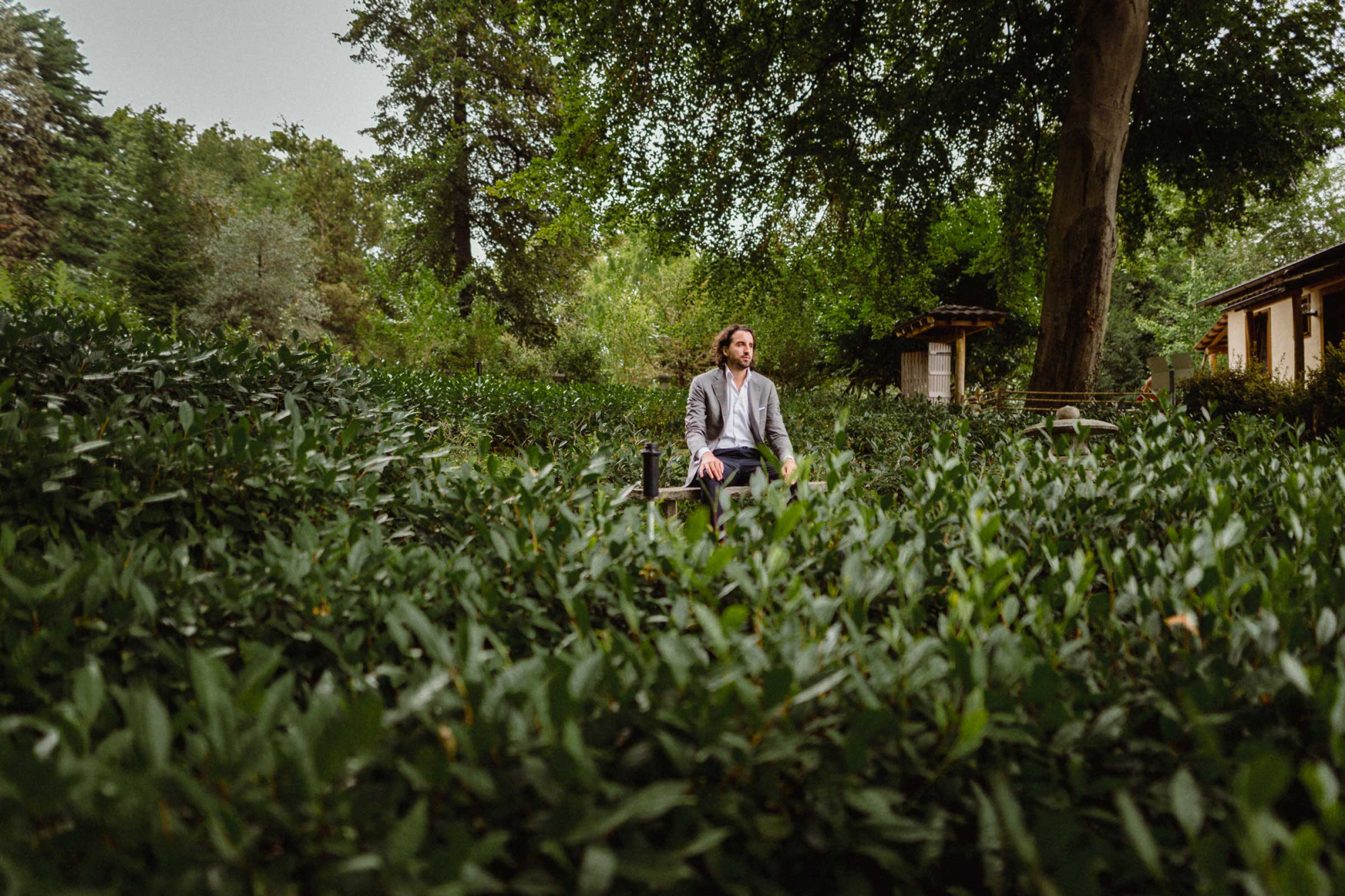 According to Raphaël, it is a privilege to work for a project that thousands of people have already invested in. Under the presidency of Marco Solari, the paws of the film leopard have left its tracks. But strong growth knows its limits: The number of places in the cinema auditorium, in the hotels and in the Piazza Grande are finite. But how can one help the festival heighten its presence throughout the year and generate additional value for film makers, viewers and partners? Raphaël has undertaken this task and devotes himself first and foremost to one thing: digitisation. Then the magic of the eleven days can be spread out over the year. With digital projects like Locarno Kids and Locarno Short Films, initial platforms are established and the curatorial work of the film festival thus continues to exist online. 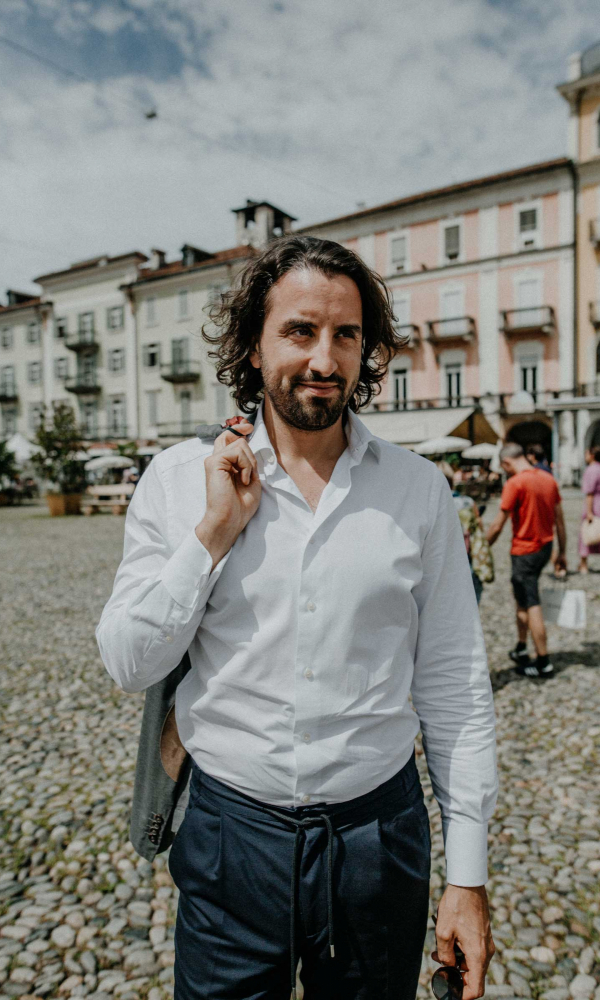 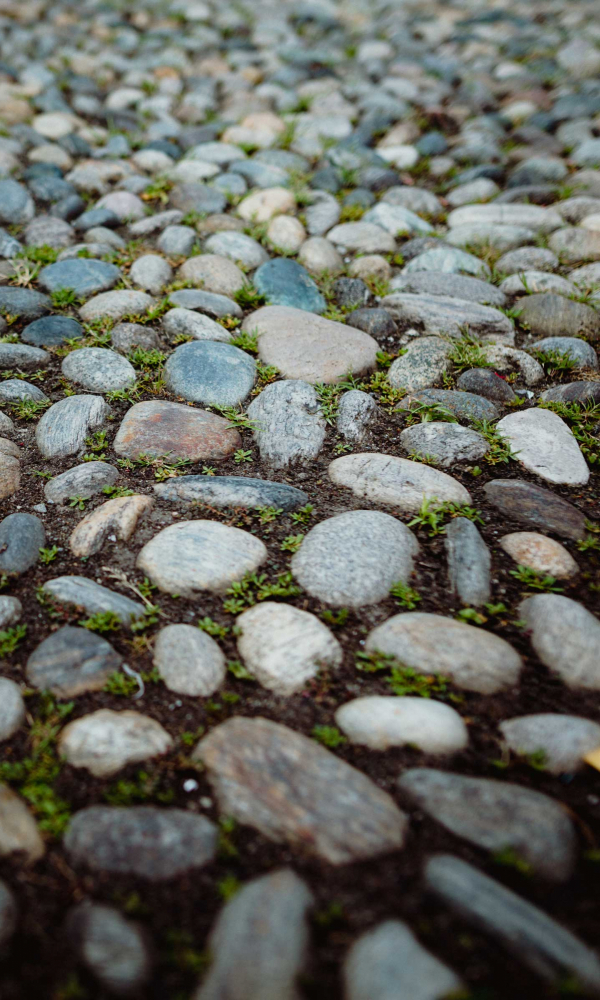 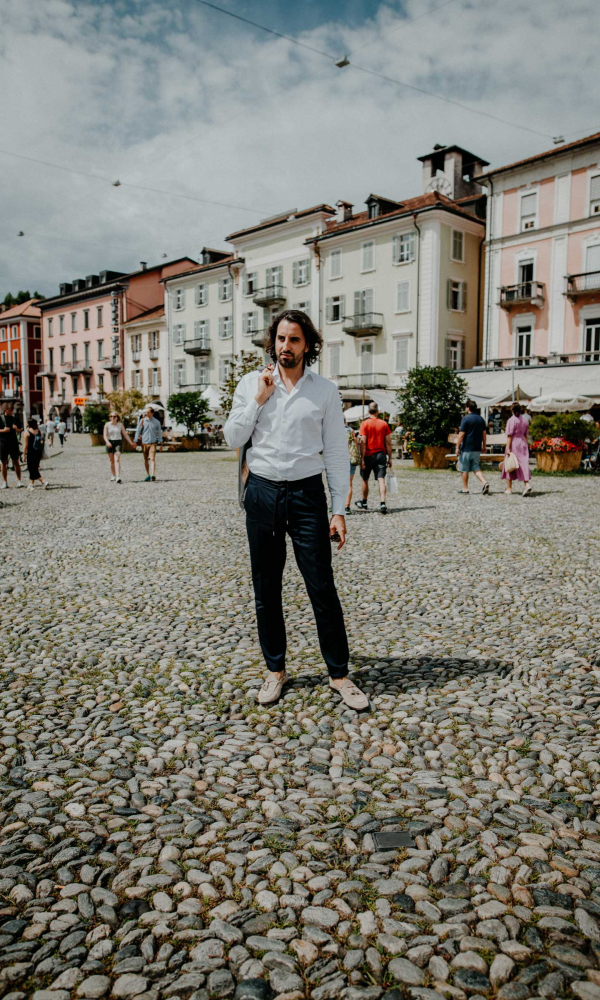 For Raphaël, film is one of the most exciting forms of art with which one can record and reflect on the events of our age and human existence. An important role of the festival is to create a platform for auteur films that are more difficult for the public to access in our present-day media world. While algorithms recommend films on well-known streaming platforms, the artistic team from the Locarno Film Festival puts together a film programme with relevant contemporary works from around the world. The focus of the festival is clear: Curious viewers should be offered a platform for new experiences. Because ultimately in essence it is always about the creation of oneself. Even though not everyone makes his or her own film, the desire to reflect upon oneself remains. And precisely this makes the Locarno Film Festival possible. With its values of openness and independence, it offers a platform for the examination of one’s own humanity. 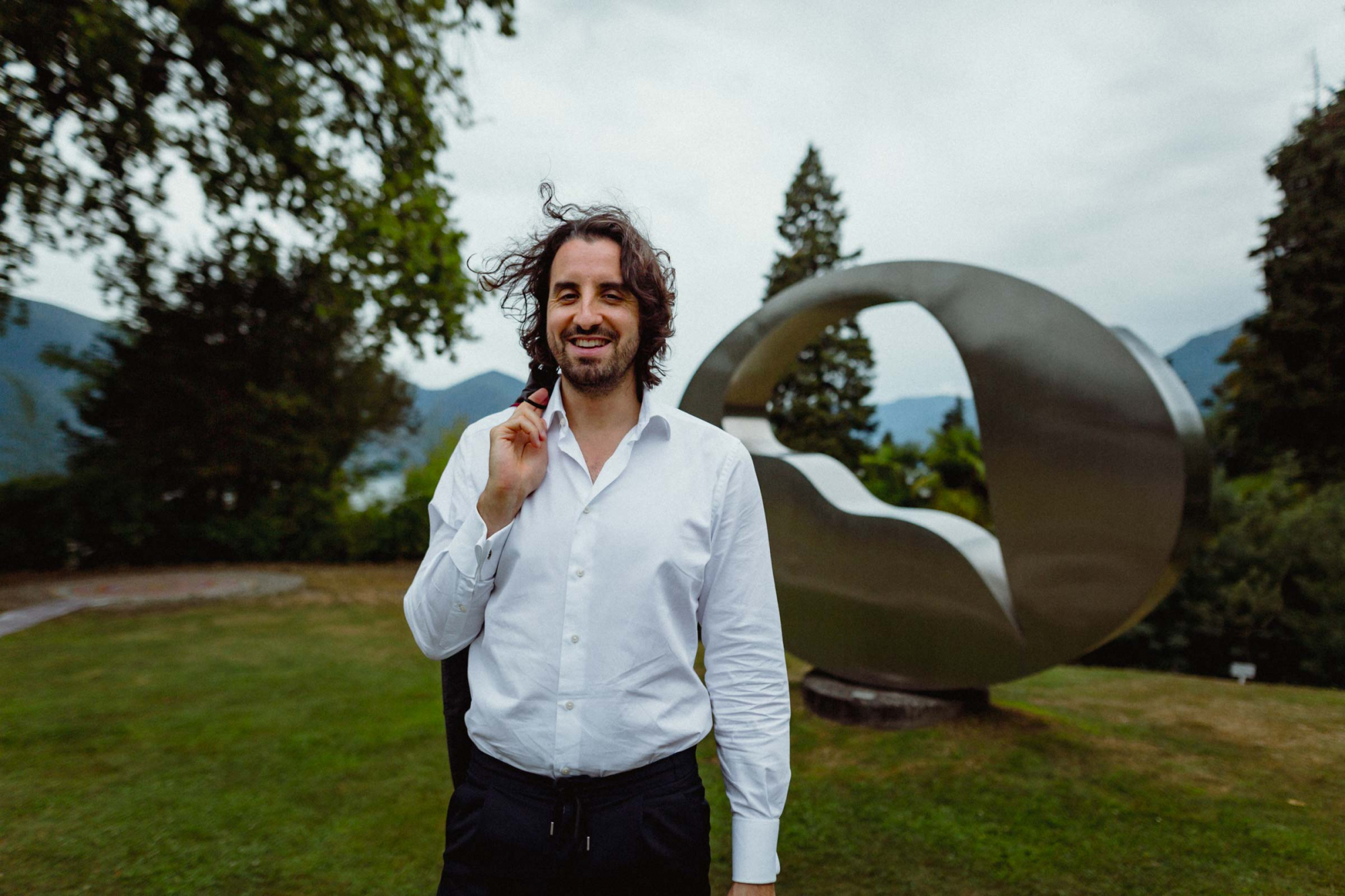 Ticino is the gateway to the south and delights visitors with its charm, fascinating lifestyle and Italian culture. Holiday destinations such as Ascona or Lugano exude Mediterranean flair, and the mild climate makes Ticino a popular travel destination, and not only for Swiss guests. But the Alps are never far away: the wonderfully wild nature of Ticino’s side valleys, such as the Maggia Valley or the Centovalli, offers a whole host of opportunities for excursions, hiking and biking. Finally, Ticino also offers a world heritage site: the “Tre Castelli”, a group of three mediaeval castles, are an iconic landmark of Bellinzona, Ticino’s capital, and have been listed as a UNESCO World Heritage site since the year 2000. 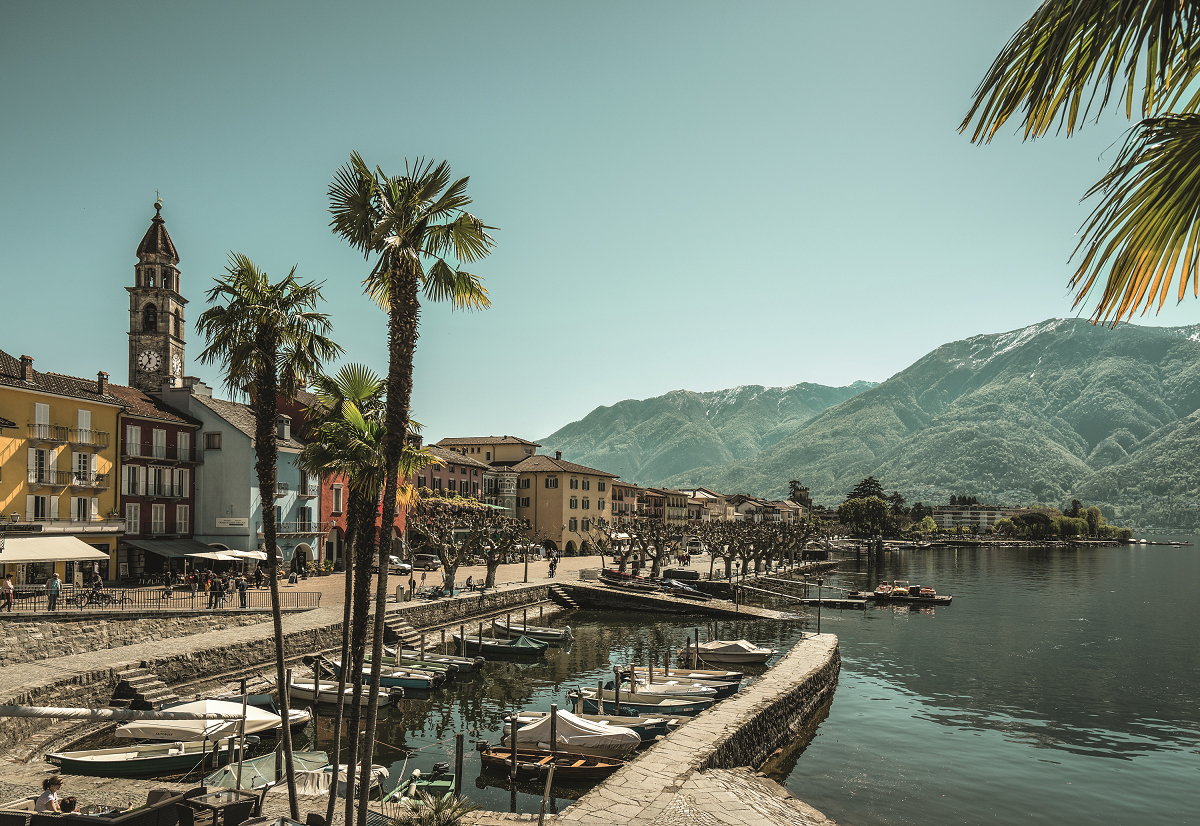 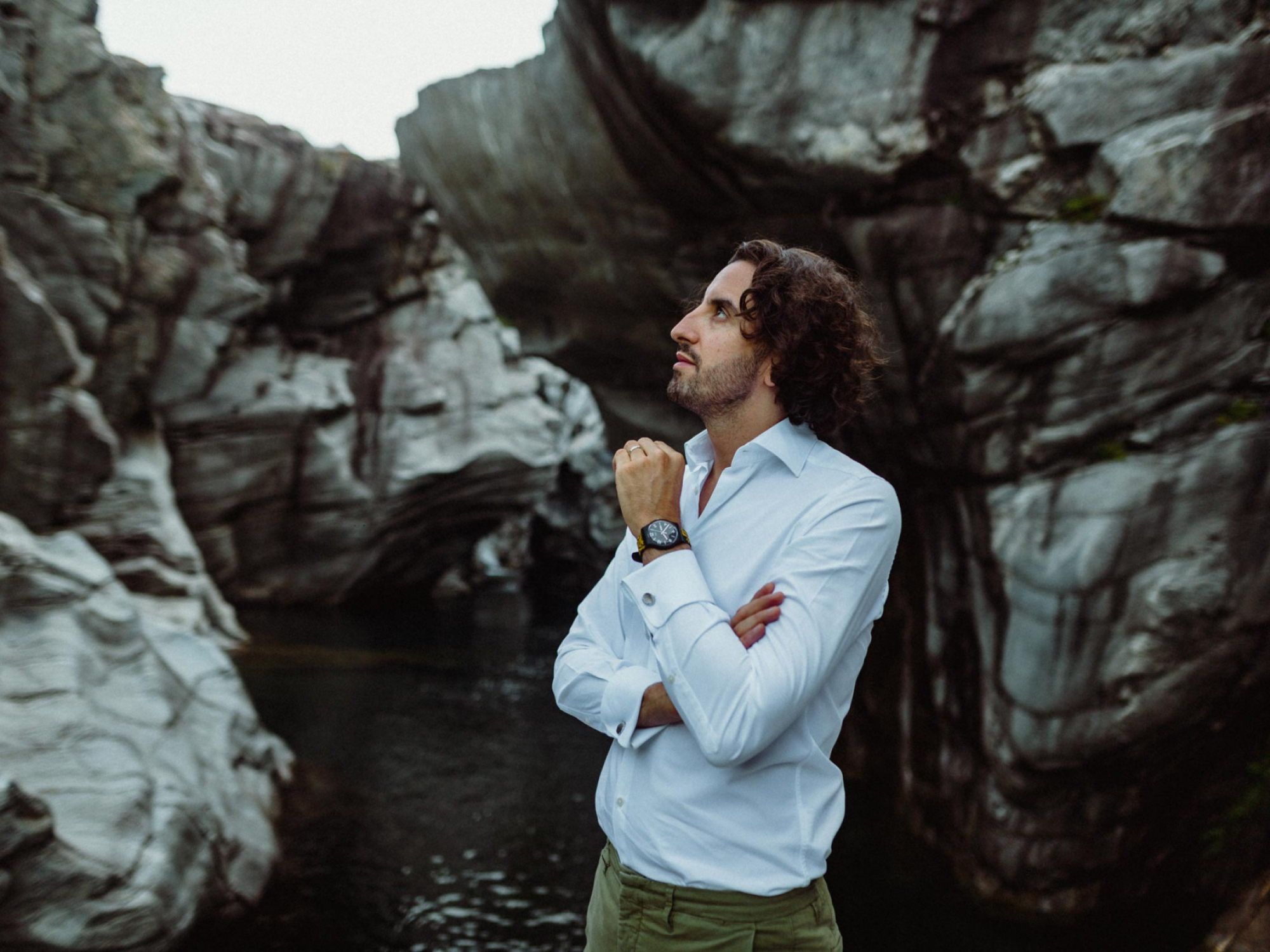 Be flexible as Raphaël Brunschwig

10% off your car subscription 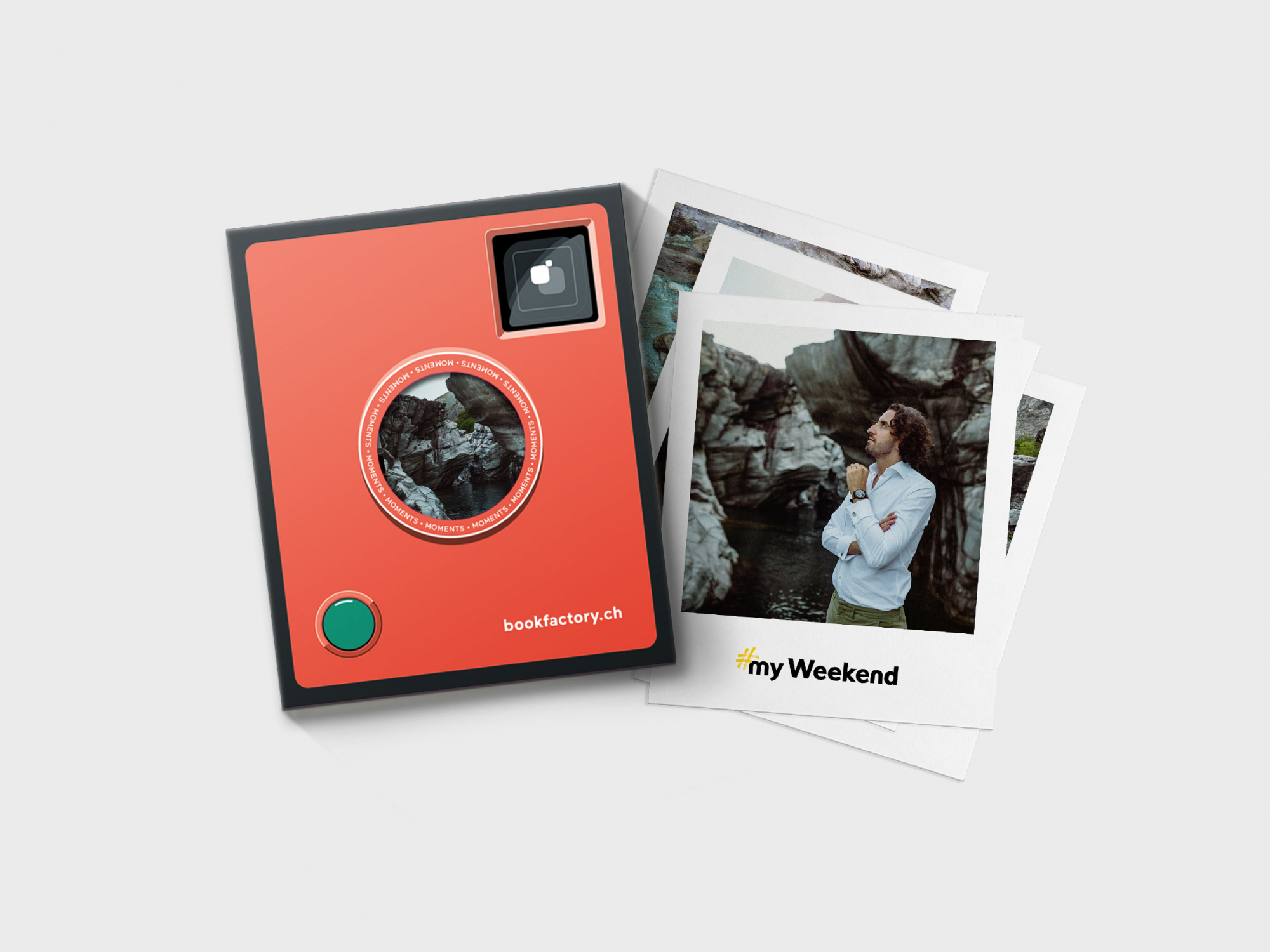