From the Emmental Valley into the wide world

A friendship of many years that speaks of dangerous bear traps, and the theft of a motorbike that would be his breakthrough – Raise the curtain for Tom Lüthi. 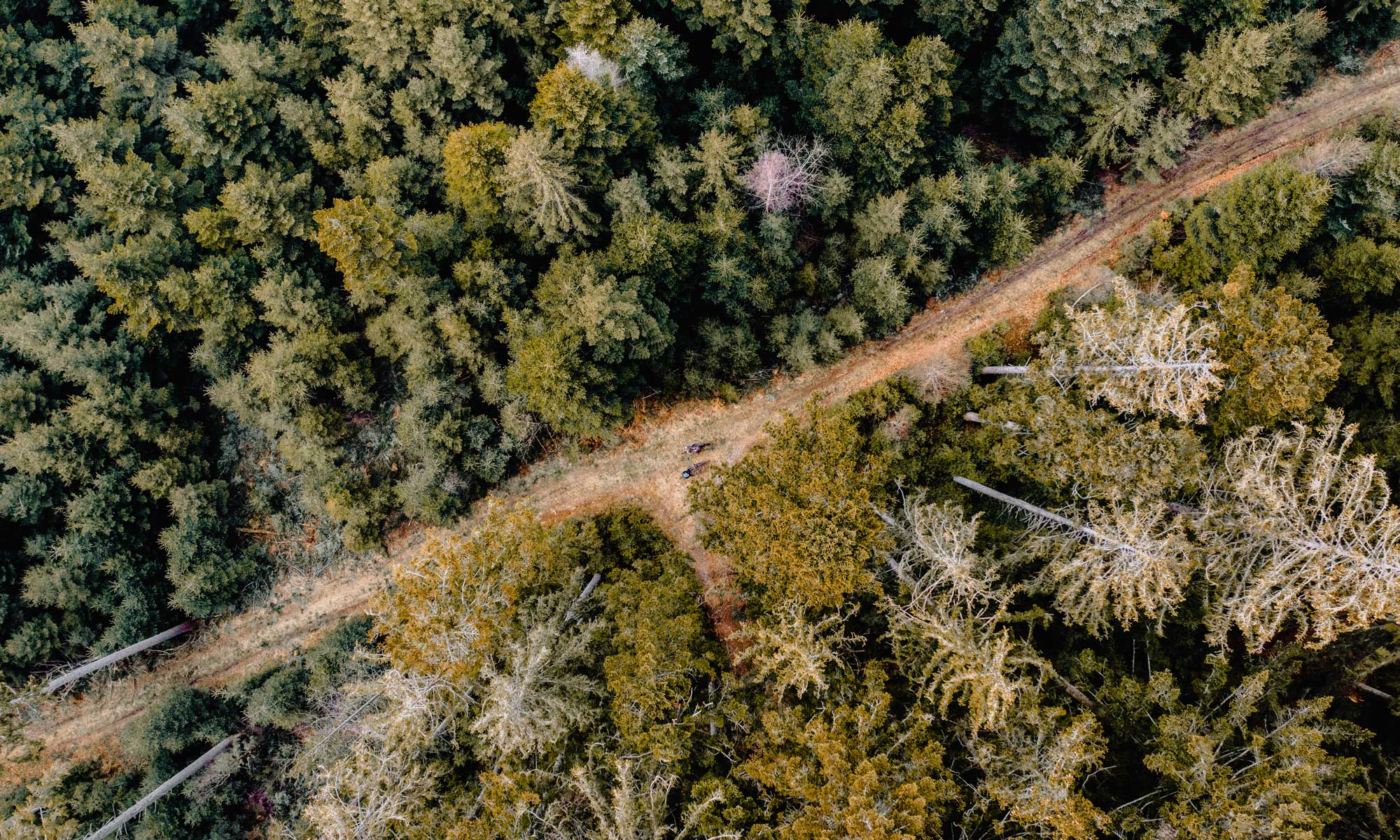 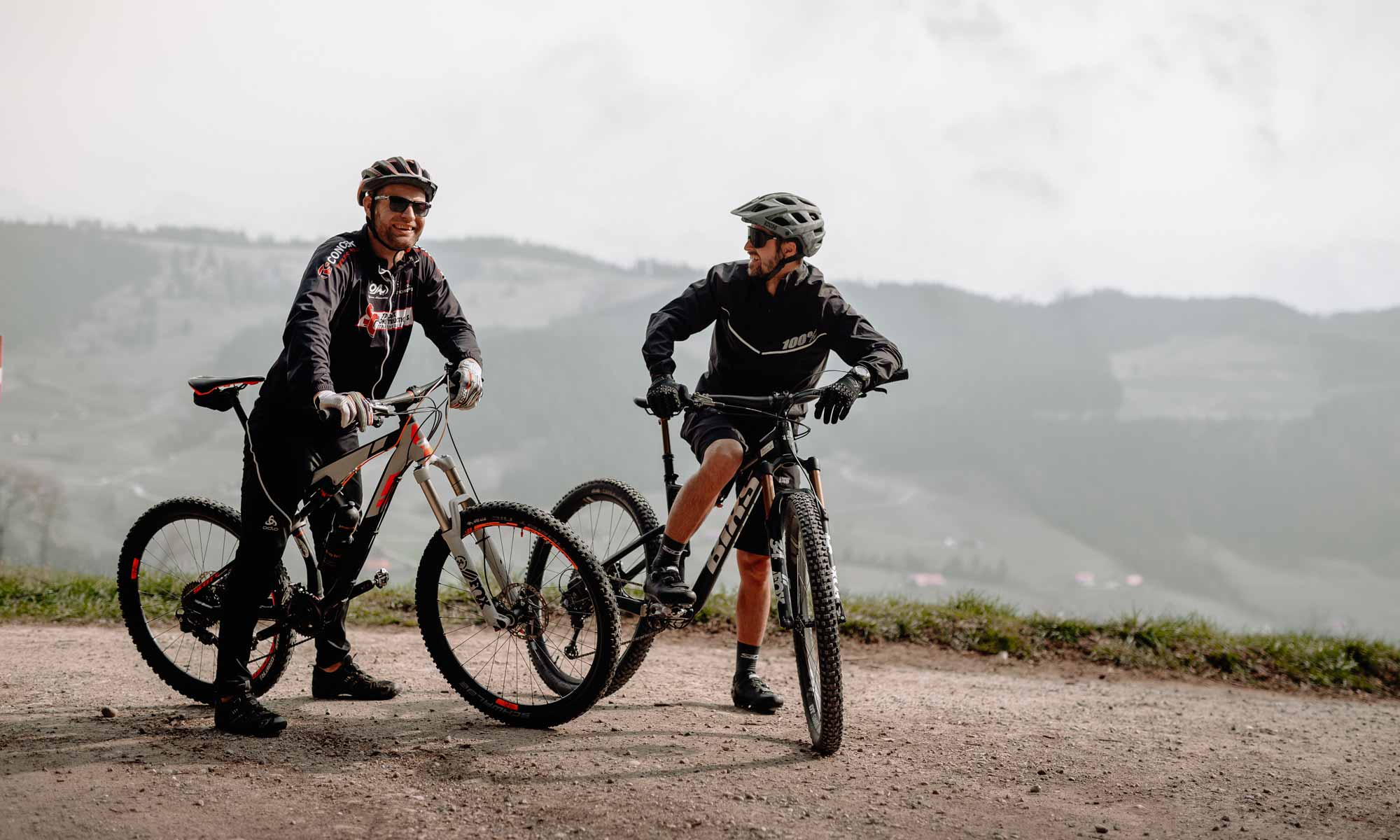 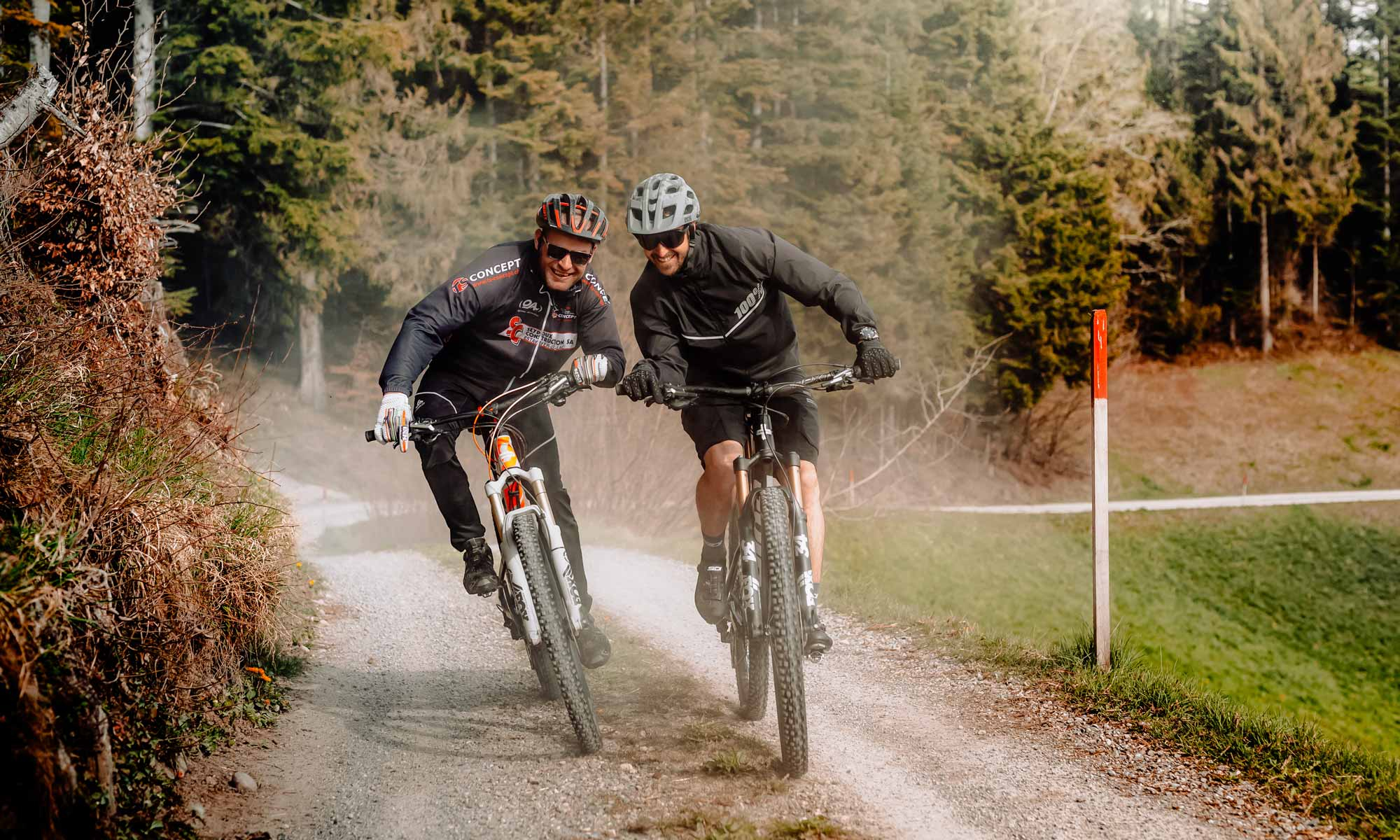 The village of Linden has a special vibe: motorbiking is loved and lived here. With a grin, Tom said that almost everyone here has been infected with the "virus". From a young age, people would meet in the village centre with their own mopeds. On Wednesday afternoons, Tom and his moped gang would drive to Heimdorf 20 kilometres away in order to treat themselves to an afternoon snack at a burger joint. While others happily puttered about on their mopeds, Tom always preferred to ride hard and fast. That mopeds need a lot of power in this part of Switzerland is demonstrated when one rides from Thun to Linden. When I visited Tom at his home, I had to go up a few hills in the green Emmental Valley to meet him in a rather remote place in the middle of nature, right next to his parents’ house and near his friends.

Tom, 34, is a passionate Swiss motorbike racer. His homeland supports him when he travels around the world in order to be the fastest.

The moped gang from the Emmental Valley

At the age of 15, Tom went out into the wide world – but his friendships remain to this day. Like Tom, his former moped gang still lives in Linden in the Emmental Valley or very nearby. He can rely on his six friends. Everyone helps each other when someone needs something. That is Tom’s definition of friendship. One of his friends is Bruno. He also shares a love of motorbiking. While Tom rides on perfectly asphalted roads, Bruno prefers riding off-road. He also participates in the Swiss Motocross Championship and is the OC president of Motocross Linden.

Bruno is the joker in the group, which can be seen in their WhatsApp group chat posts. As a young boy, he was fond of plagiarising and hoodwinking the group. Tom recalled an outing in the forest near Bruno’s parents’ house. Bruno told his friends that dangerous bear traps lied in wait in the forest and that they should therefore be sure to follow his every step. Tom laughingly said that Bruno was very convincing, and they toddled along single file behind him. Bruno remembered the times when they had a campfire. The two adventurers pitched their first tent camp in the forest not far from their home. At the campfire, syrup and sausage circled around under the watchful eyes of Bruno’s mother. After all, bears do live in the forest.

To Bruno, Tom is still the same as before. Tom takes part in many activities, and he likes to dabble in other things, but he also knows pretty well what his limits are. Bruno values the honesty and reliability of his friendship with Tom. Almost everyone in their group rides a motorbike, but Bruno and Tom are the most sedulous. On free weekends they both ride over the Simplon Pass to Italy in order to train on motocross courses. Even though motocross is completely different from racing, for Tom it is a conditional workout that is also fun. Bright and early on Saturday mornings, their bus stops at Simplonbeck for a small breakfast. Once they arrive in the north of Italy, they train during the day, and in the evening, they enjoy the Italian ambience while having pizza and beer. Training and friendship are an ideal combination.

Tom and Bruno also meet right in front of their front door on the weekends between races. The Emmental Valley is a little paradise and offers many options for mountain biking. The two of them ride past farms and cows towards the forest on gravel roads. Their friendship is not entirely without competition, though: Bruno thinks that he has more stamina, and Tom believes that he is better at riding a wheelie. After a ride, they always enjoy the view of the Swiss mountains and talk about engines and the world over a beer. 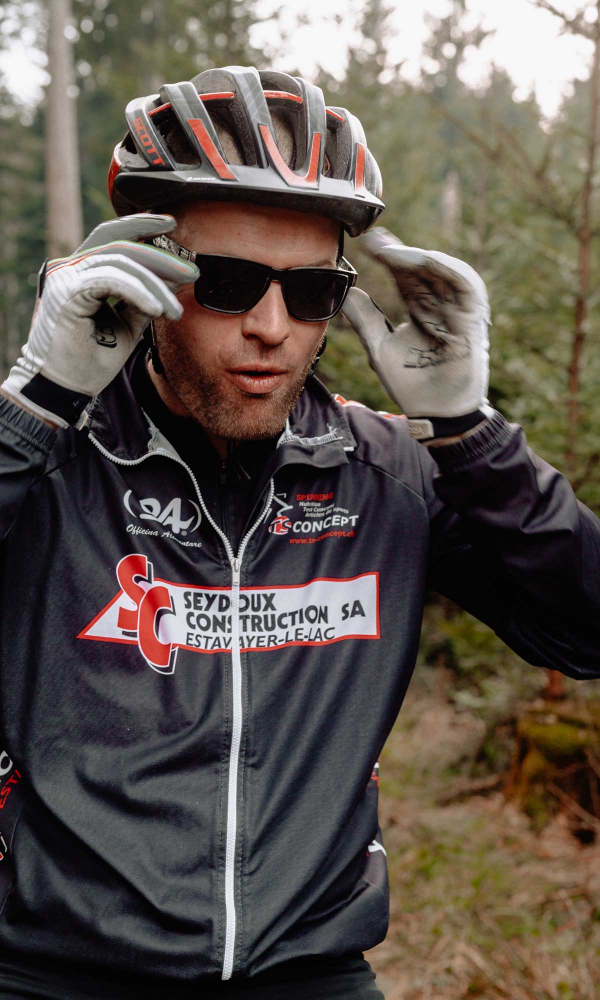 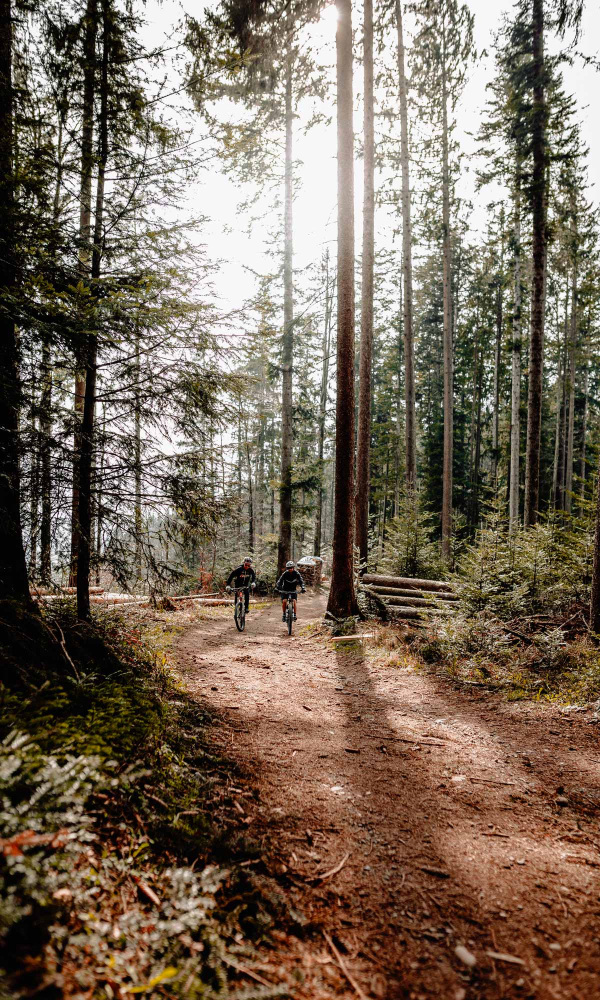 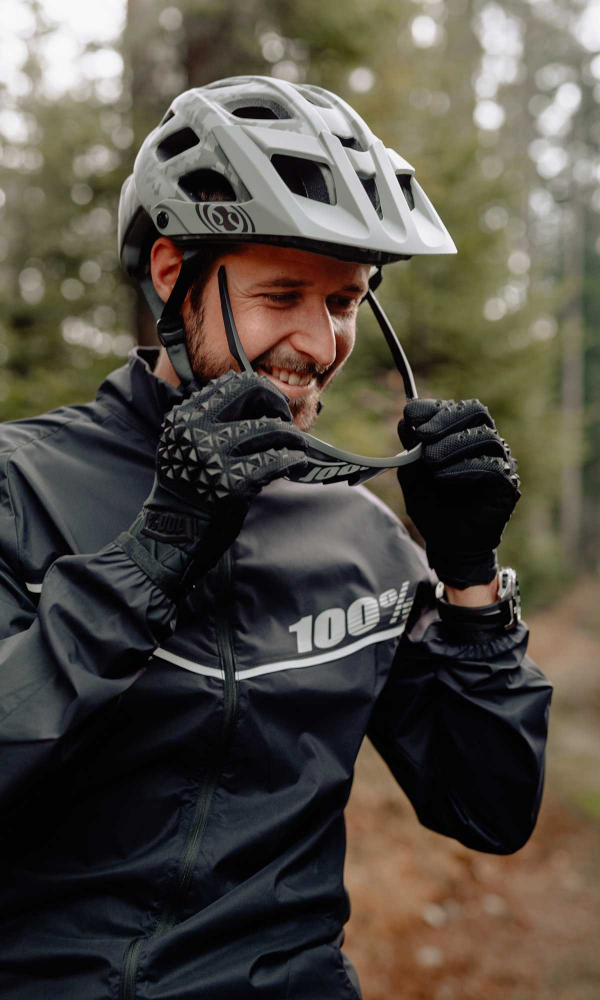 The racing season begins for Tom with the first test rides and the start of the season in March. From then on, Tom is on a 14-day rhythm on the circuit in the USA, Japan, Australia and five other countries until November. Spectators gather in the stands and around the racecourse. VIP guests are catered to in a luxurious lounge, and they can take a look behind the scenes. And then it’s time and

"the gladiators enter the arena".

That’s how Tom humorously described the starting formation. But he barely notices the show going on around him. At that moment he has only one objective: to be the fastest!

All of the traveling from a race weekend back home and again to the next race weekend is very stressful. Perfect timing is required! After a flight from Switzerland into the wide world, one of his long-term partnerships pays off for Tom here as well. Thanks to Hertz Gold Plus Rewards, he can get his rental car without having to queue, and then he can go directly to the racetrack and begin preparing for the race.

Tom lives in two worlds: the imposing world of racing and a small village away from the hustle and bustle. The true challenge for a racer is slowing down. Tom must first learn the balance between these two worlds. He strictly separates his job and his free time. He enjoys peace and nature with his friends and family in his home village. Now and then he goes further away with his friends, to Verbier to go skiing or to the ocean to go kitesurfing. 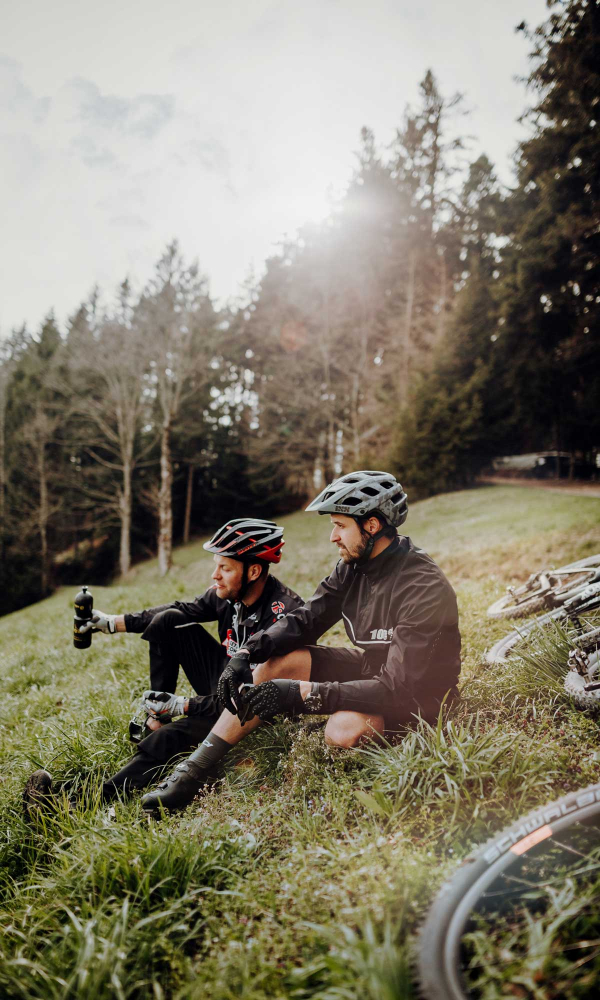 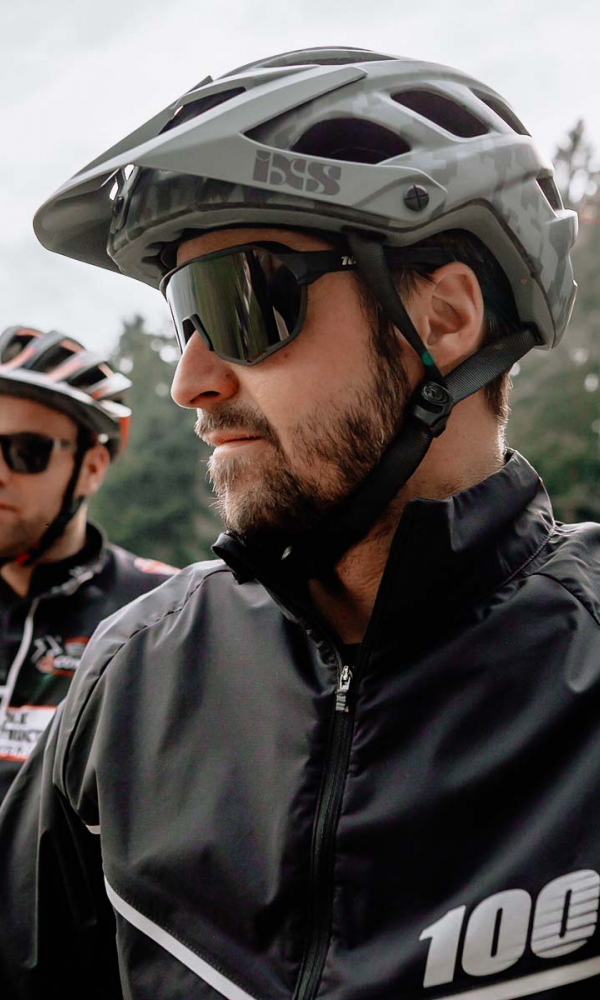 How it all began

Tom and Bruno inherited their fascination with race machines from their fathers. They were already enthusiastic motorbike riders, and together they founded the Linden Motorbike Club. Tom’s first motorbike, a second hand pocket bike, was a gift from his father. He would ride his bike whenever possible, including during the summer holidays in Italy. Tom was very disappointed when his favourite possession was stolen from the caravan there. However, with the insurance sum he was able to buy an even better quality bike. And so in the end, this incident resulted in his first racing victory. Since there were no other career opportunities in Switzerland, he participated in the Junior Cup in Germany. Weekend after weekend his parents drove him the long journey to Germany. According to Tom, without this support, for which he is grateful, his career would never have been possible. Not only talent, but also family backing was a determining factor. They frequently returned to their village, Linden, very late Sunday night, so after only a few hours sleep, Tom would be sitting in his classroom again. During the break, of course Bruno and his schoolmates would ask a tired Tom about the weekend. But the others never acted jealous. In Linden, everyone is crazy about motorbikes, because everyone indulges the others and shares in the excitement.

Following compulsory education, Tom soon had a chance to enter the world of professional motorbiking and Bruno began to work as a carpenter. In the year 2001, Tom competed in the German championship, and then everything began to happen rather quickly. "I was successful at the right time and place", said Tom about how things developed at the time. He met his current manager, Daniel Epp, at a race. At the time, he led a team at the 125cm3 World Championship, and he offered Tom a chance to be a reserve rider and to fill in for one of his injured riders. In 2003, his first full season, he rode in the World Championship. For a long time, Tom didn’t believe that he could persist in motorbiking as a Swiss. That changed in the year 2005 when 19-year-old Tom took the lead in the overall classification and actually won the World Championship! "It was incredible, and it all happened so quickly", reckoned Tom and Bruno, looking back. Of course, the village shared in the excitement. Tom’s race was watched on a big screen under a marquee, and his victory was met with cheers. Bruno even took a whole week off in order to celebrate with his friend. Even now the whole village is thrilled and celebrates in the pub and is happy when Tom is in the news.

When Tom was injured, it became clear that his friends are also there for him in difficult times. In 2013, he crashed in Valencia while preparing for the season. This resulted in a bad comminuted elbow fracture. From one moment to the next, it was unclear whether Tom would ever race again. On the Swiss Air Rescue flight back to Switzerland he was in hellish pain, and he said he was against surgery at the university hospital and that he wanted to be flown to the hospital in Münsingen. Being operated on by his longtime doctor there turned out to be the best decision he ever made. With new courage and support from his family, friends and manager, Tom fought back, and 12 months later he competed in the third race of the season.

During our conversation it quickly became clear that Tom still has a few motorbiking goals in sight. At the age of 35, it’s not over for him yet. Motivation as well as physical and mental fitness are much more important than age. So, for the next few years he will continue to curve around the world on a race motorbike. 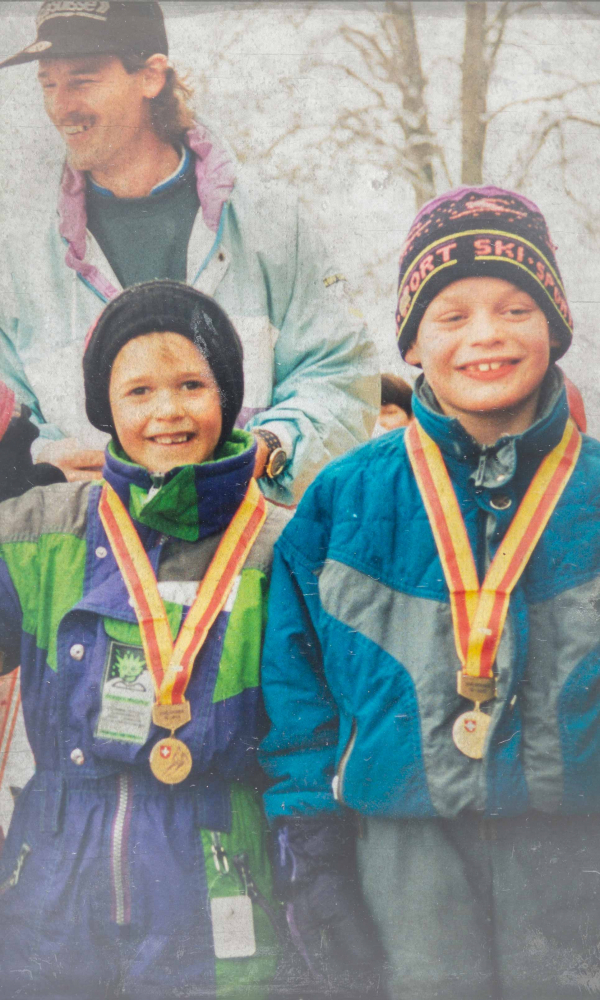 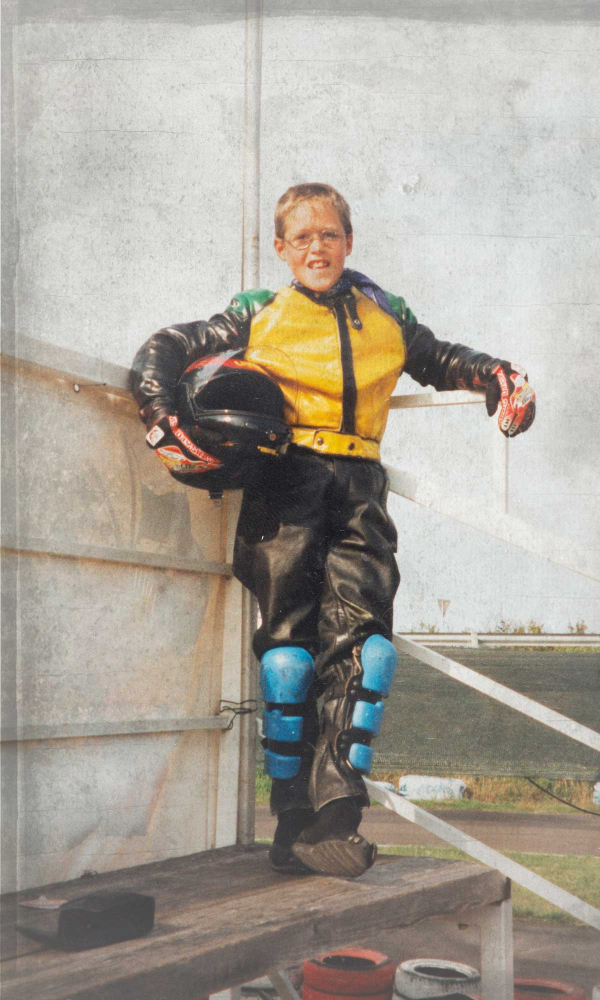 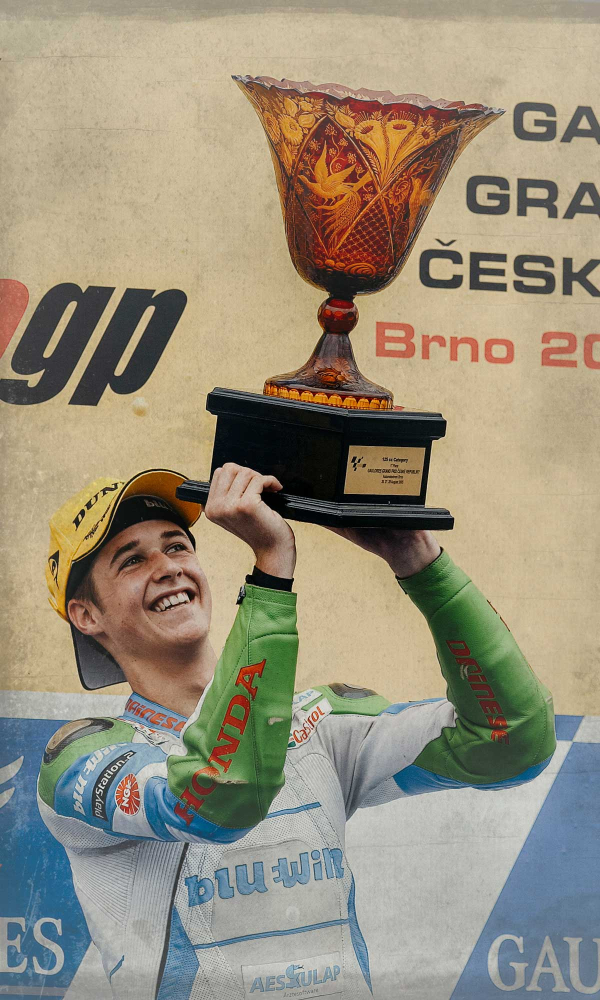 A new challenge every five years

More than five years ago, Tom began to pursue the second thing that has fascinated him since he was a child: flying. After 50 flying hours in a helicopter, Tom attempted the examination. On his first solo flight, he was more nervous than he had been in a long time. Even when racing, he was always more relaxed. On a side note, Tom said that his race bike is faster than the helicopter.

When he returns to Linden after a race, he likes to hire a helicopter and fly over the Emmental Valley towards the mountains. That he also shares this passion with his friends was demonstrated on Bruno’s 30th birthday. To the surprise of the guests, Tom and Bruno flew to Linden and then transported them in a helicopter taxi to the party in Grindelwald. The weekend is a happy memory not only for the guests, but for Tom and Bruno as well.

Testing his physical and mental limits excites Tom and he would like to experience a survival camp in the jungle or in Alaska. Actually, he once made plans to do so. They wanted to practice an emergency landing in the mountains with a helicopter and spend the night in self-made igloos. But the whole thing was postponed, and it was not possible for Tom to participate. The idea, however, remains and he would like to do it as soon as possible. Who knows, perhaps Tom will come across real bear traps in Alaska, and perhaps Bruno will also be there with him. 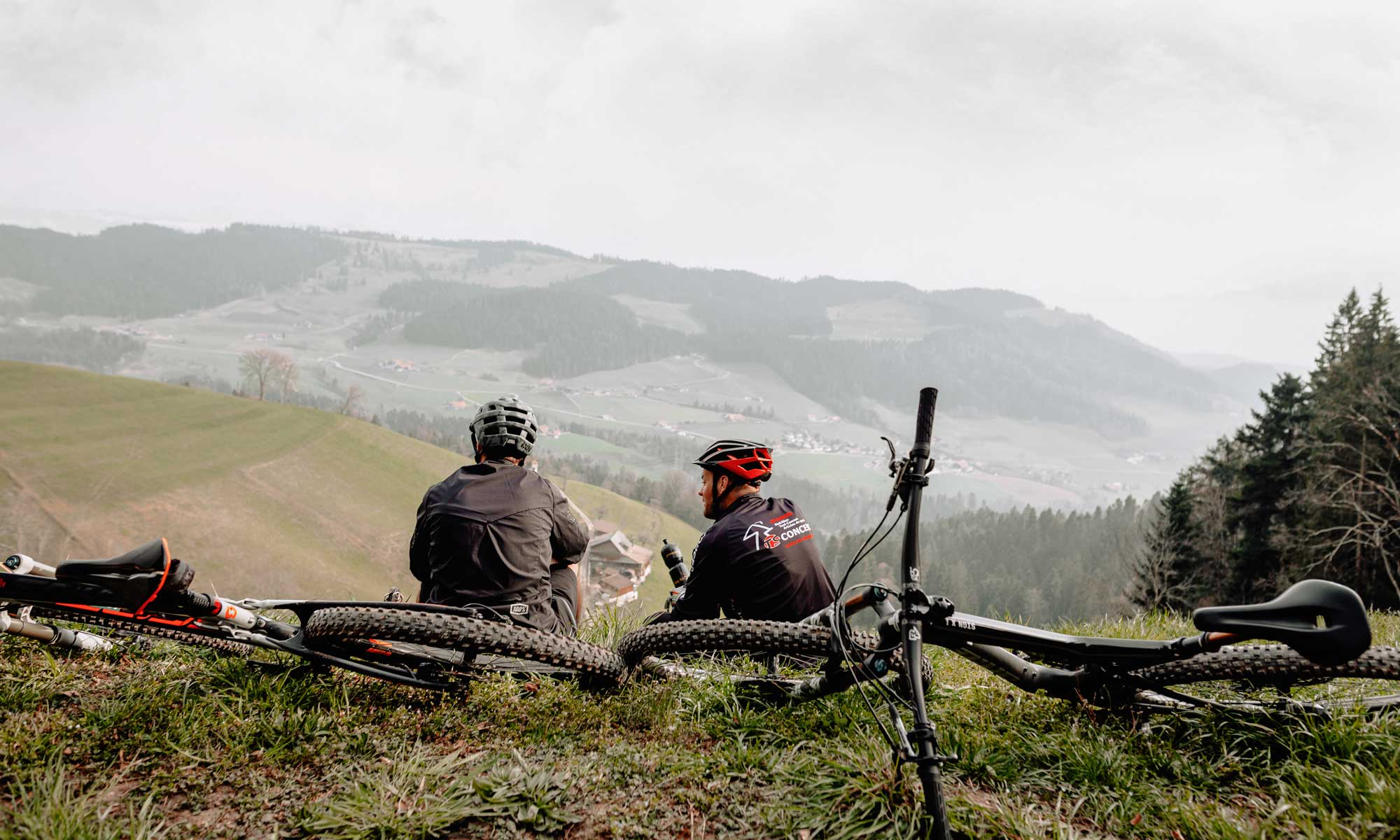 Emmental is not just the home of the world-famous cheese of the same name. With over 1,000 kilometres of hiking trails and countless cycling routes, the region is also a paradise for adventure holidays. Enjoy the view over the unique hilly landscape of Emmental as far as the famous triumvirate of the Bernese Oberland: Eiger, Mönch and Jungfrau. 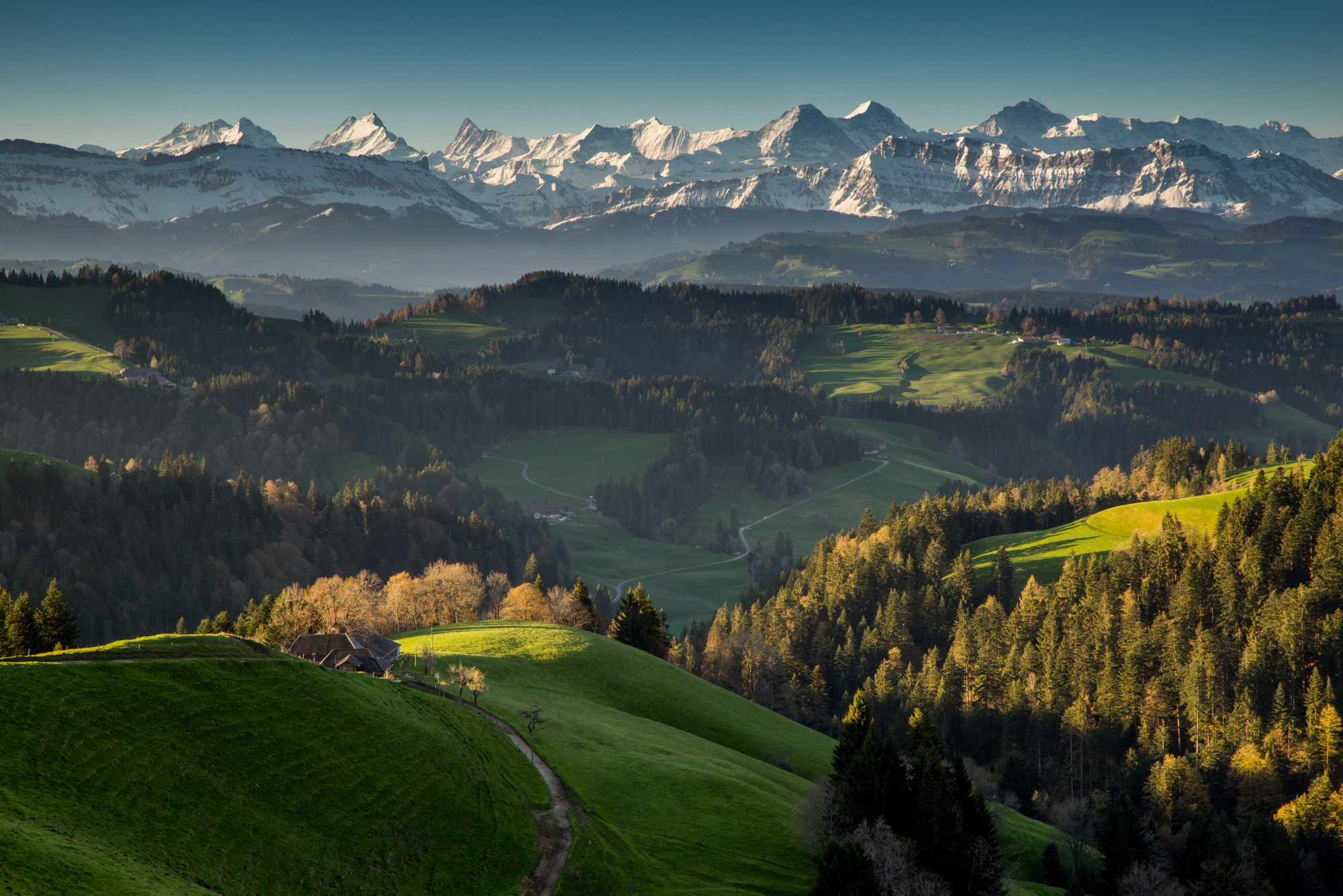 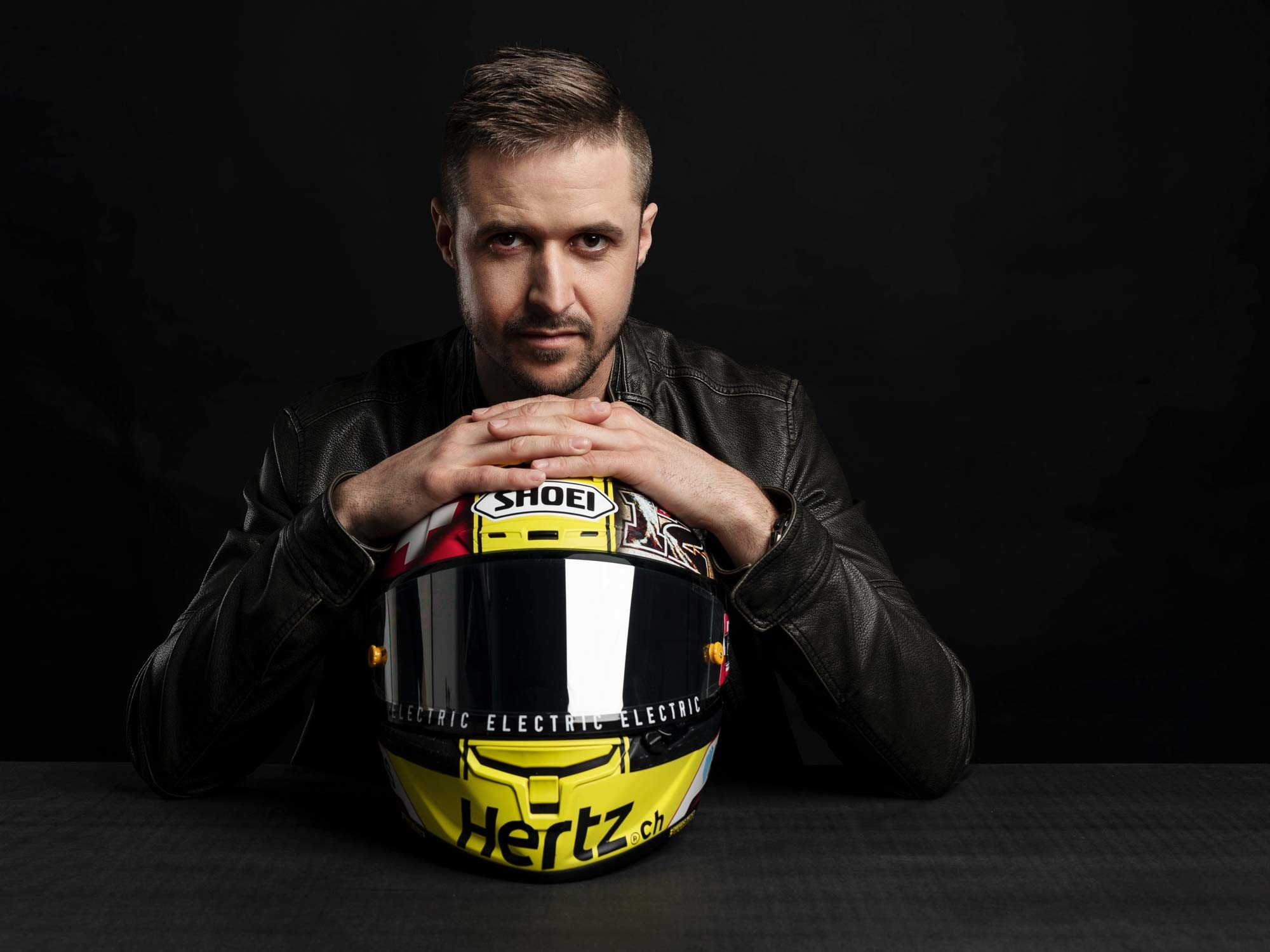 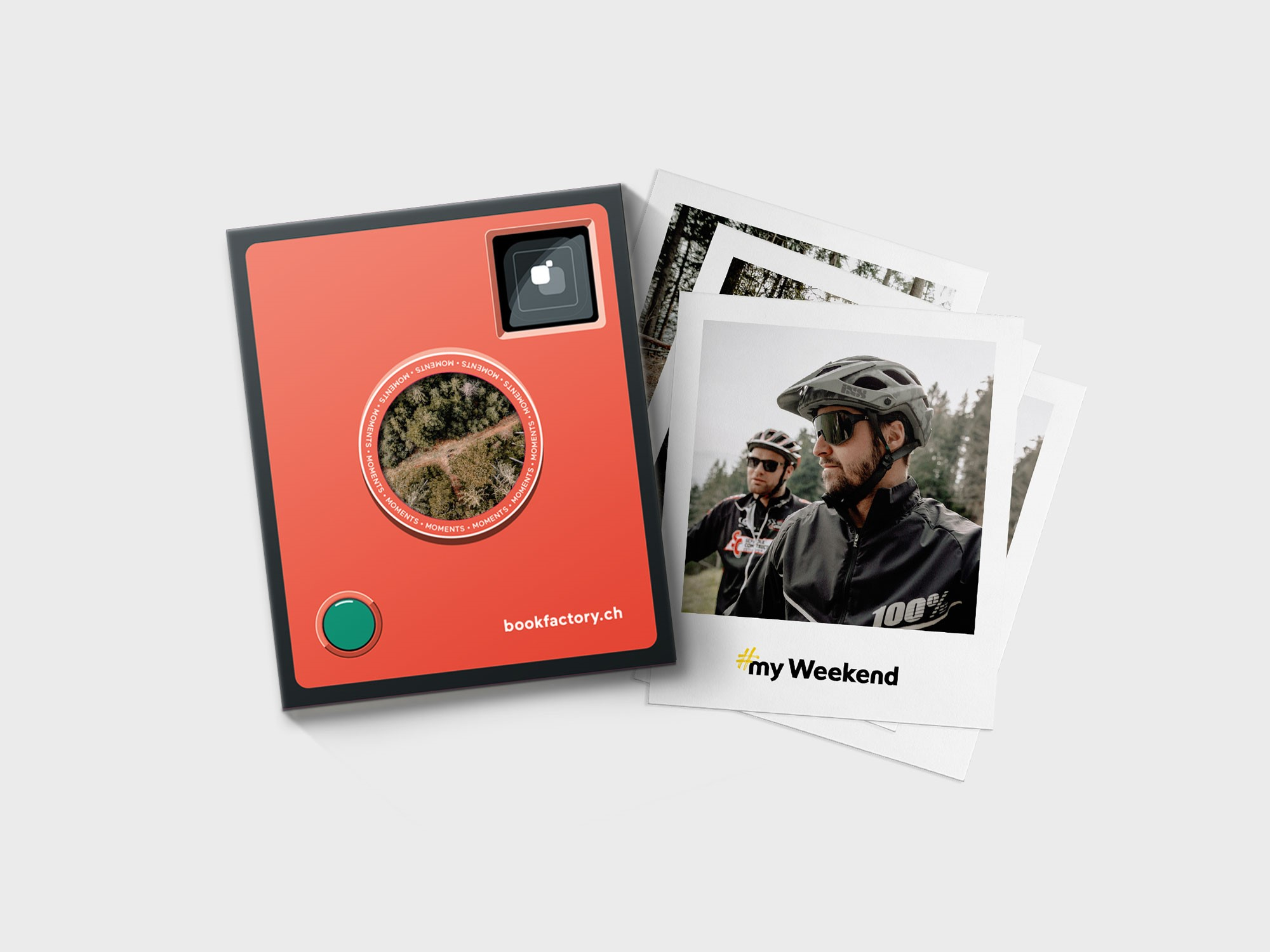